Big Changes at the Big Lake

Nearly everything about Lake McConaughy is big. At 30,000 surface acres, it is Nebraska’s largest reservoir, its dam is among the largest of its kind in the world, and its fish grow to trophy proportions, accounting for several state records. Even its nickname, “Big Mac,” reflects its size.

Located on the east side of Kingsley Dam, Lake Ogallala is known locally as “the little lake” and is small, gentle and sedate at 320 acres. This state recreation area is a well-known family destination, renowned for its fishing, birdwatching, camping and kayaking opportunities. Though it lacks the sandy beaches of its neighbor to the west, its protected shoreline wards off winds, providing visitors peace.

In 2016, the Nebraska Game and Parks Commission approved the Lake McConaughy/Lake Ogallala Master Plan, a collaborative effort between the Commission and state and local stakeholders, to develop the parks for the future and protect critical natural resources.

Since its implementation in 2017, Game and Parks has invested more than $4 million in repairs and improvements to the parks, upgrading campground utilities, restrooms, boat docks, angler access areas, and park entrance stations, and improving
accessibility.

The Commission and local stakeholders will continue to make significant investments in infrastructure and services. By expanding recreational opportunities and providing safe, family-friendly outdoor experiences, our hope is to bring this area into the future for the next generation of park users.  ■

• Little Thunder, Lone Eagle and Cedar View campgrounds have been upgraded with new utilities, restrooms, tables, grills and more than 400 new trees. Financial assistance from the Keith County Visitor’s Committee made many of these projects possible.
• Little Thunder has 8 full-service sites with electricity, water and sewage, and 34 sites with newly upgraded 50-amp electrical hookups and a new vault latrine.
• Lone Eagle has 84 full-service campsites with electrical, water and sewer hookups and a new vault latrine.
• Cedar View now features 85 modern sites with 50-amp electrical and water hookups, along with 13 basic campsites. A new shower and restroom will be installed in the near future.
• New shower facilities have been installed at Martin Bay with more planned in the near future. A wastewater treatment facility was installed at Martin Bay in 2019 to help facilitate increased visitation and future expansion.
• Contracted services, including refuse removal and portable restrooms, have been expanded to improve the quality of beach users’ experience.
• Improvements have been made for beach access along Shoreline Road. Walk-in, day-use areas with new parking lots at multiple locations will accommodate increased traffic. Improvements to the road’s 18 beach access points will better facilitate beach-bound vehicles.
• A new gate house was installed at Cedar View in an effort to help visitors with park questions and to collect required fees to the area, along with expanded operating hours at park gate houses. • The East Campground at Lake Ogallala has been upgraded with new utilities and amenities, with financial assistance from the Keith County Visitor’s Committee, including 82 50-amp electrical pedestals, a new shower facility and vault latrine.
• Angler access improvements have been made in the northwest corner of the reservoir, which features an accessible peninsula along with a 160-foot floating fishing bridge.
• New boat docks were installed on the west side of Lake Ogallala; the northern dock features an accessible kayak and canoe launch – the first of its kind in western Nebraska.
• A new park gate house was installed in an effort to help visitors with park questions and to collect required fees to the area, along with expanded operating hours at all park gate houses. 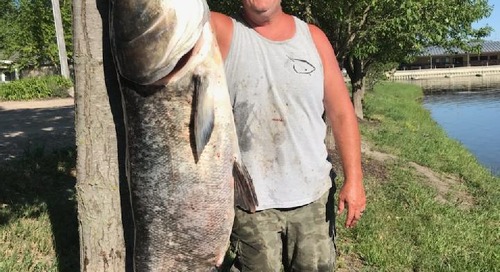 I usually have an idea of what I am going to blog about for the next week or two.  But, what good would blo... 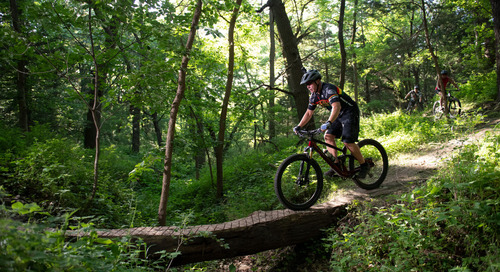 Mountain bikers have been riding the trails carved into the bluffs at Platte River State Park for decades, ...