Home » NEBRASKAland Magazine » It Is All Relative
× Share this Article

It Is All Relative

It is early spring and our waters are cold.  Without a doubt I hear anglers ask more about water temperatures at this time of year than any other.  There may be some reasoning behind that, but water temperature may not be as important as some think it is.

Don’t get me wrong.  I have carried a thermometer of some kind with me on every fishing trip since I was a kid.  I have logged water temperatures from thousands of fishing trips.  Like many other anglers, I can show you charts of supposed important temperatures for a variety of species of fish.

It don’t mean nothing.

Again, don’t misunderstand.  No doubt fish are keenly aware of the temperature of their environment.  As a matter of fact, their body temperature is pretty much the same as the water temperature.  There are volumes of research on water temperatures and thermal tolerances of fish.  It is important.  However, if you are looking for “magic temperatures” at which bass start biting, or walleyes start spawning.  Keep looking.  Those temperatures do not exist. Temperature can be a cue triggering spawning activity.  However, there are a lot of variables that can cue spawning, and temperature is often one of the least important.  Photoperiod, the amount of daylight, is a more important cue triggering spawning in many species.  If you think about it, that makes sense.  Weather is schizophrenic in Nebraska in the spring.  It is common to see water temps. warm to “magic” spawning temperatures only to plunge with a spring snow storm.  If temperature were THE spawning cue, spawning would commence and fragile eggs or fry would be wiped out with a change in weather.  I have seen walleyes spawning in Nebraska waters April 1 literally the day the ice went out.  In other years I have seen walleyes spawning April 1 with water temps. well into the 50’s F.

It is all relative

I said all of that to say this:  Do NOT get hung up on water temperatures, especially in the spring.  It really makes no difference whether the water temp. is 43.6 degrees F or 52.3 degrees F.  What does make a difference is the water being WARMER.  It is all relative!

Look for areas where the water can warm.  Areas protected from cold north and northwest winds are especially good to target in early spring.  Shorelines exposed to the warmth of the afternoon sun are other good spots.  The color of the water and especially bottom substrates can make a difference as darker colors tend to absorb more heat.  Shallows warm faster than deep water. In general, fish slower at colder temps.  Sure, there are always exceptions, but start slow and speed up from there.  Oh, how slow?  Sometimes as slow as you can make yourself fish, and then go even slower.  When the water temp. rises a couple of degrees, experiment with faster retrieves and faster presentations.

Absolutely, get a thermometer and use it!  More importantly, know what water temperature does and does not mean.  Know how it can help you catch more fish. The post It Is All Relative appeared first on Nebraskaland Magazine. 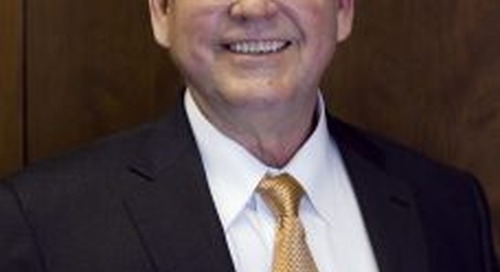 LINCOLN, Neb. — The director of the Nebraska Game and Parks Commission recently informed the agency Commiss... 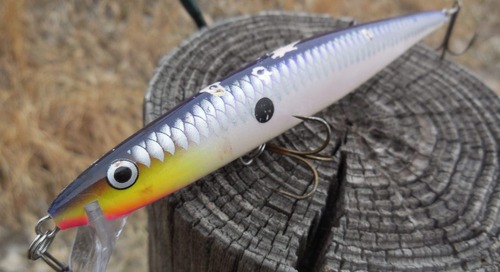 Thank You for your Support!

We have been sharing this video with folks who attended our virtual public meetings a couple of weeks ago. ...