LINCOLN, Neb. – Matthew “Sitting Bear” Jones will present a program on the Otoe-Missouria people of Nebraska on Saturday, Aug. 19 at Indian Cave State Park near Shubert.

The presentation, which begins at 7 p.m., highlights how the Otoe-Missouria affected Nebraska, and how the Louisiana Purchase and Nebraska’s statehood affected the Otoe-Missouria people. The presentation is one of several activities planned at the park in the days leading up to the total solar eclipse on Aug. 21 and is made possible by Humanities Nebraska, the Nebraska Cultural Endowment and the Nebraska Game and Parks Commission.

Jones is a Kiowa/Otoe-Missouria Indian of Oklahoma and has been involved in the revival of the rich oral tradition of storytelling for more than 20 years. He has worked on many television scripts for NET Television and has won several awards for his work. He has served as a consultant on films including “Dances with Wolves.”

Eclipse weekend festivities at Indian Cave State Park will begin Friday with an eclipse-themed movie at the outdoor amphitheater. Activities on Saturday and Sunday will include crafts projects, living history demonstrations and horse trail rides. A buffalo stew cookout at will take place at 6 p.m. on Saturday, and Jones’ presentation will follow. Eclipse-related movies will also be shown Saturday and Sunday evenings.

Glow-in-the-dark solar eclipse T-shirts will be available for purchase all weekend.

A park permit is required for each vehicle entering the park. For more information on the weekend’s events, contact Indian Cave State Park at 402-883-2575 or ngpc.indian.cave@nebraska.gov. 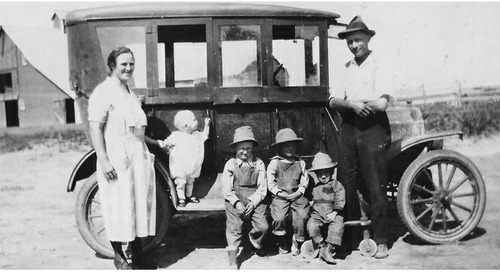 Going to go in a personal direction on my blog here again today.  Recently a cousin (second cousin actually...

LINCOLN, Neb. – Hunters are reminded that state recreation areas (SRA) are closed to hunting until Tuesday,...