LINCOLN, Nebraska — Amanda Peters refers to the outdoors as her “happy place.”

The Lincoln woman is a cardiac intensive care unit nurse at Bryan Medical Center East, and in the midst of the COVID-19 pandemic, she has leaned on that happy place even more. That escape recently helped her earn her first whitetail deer.

When she landed it at the end of rifle season in November, her father, Marv, submitted the memory to the Nebraska Game and Parks Commission’s Take ’em Hunting Challenge, which encourages people to take a beginner hunting.

While Marv has always been an avid hunter, Amanda grew up familiar with guns and trap shooting, but only started showing interest in hunting over the past few seasons.

She takes value in being an ethical hunter and in doing things the right way. So when Amanda learned a local landowner was having trouble with an apparent overabundance of does on his property, she felt better about passing up several smaller bucks for a chance at a doe. It took until the end of the season, with several long days of sitting in blinds from before sunrise to sunset, but the experience offered plenty of time to bond with her father.

Having him there made the moment even sweeter, she said, because her father has been there for all of her “firsts” — from her first turkey to now her first deer.

Amanda’s growing hobby also has offered her a much-needed break from the stress of her job as a nurse during the global pandemic. She spends long days wearing full protective gear while caring for a seemingly never-ending flurry of extremely sick patients, a job that has taken a toll, especially emotionally.

“You learn a lot about yourself,” she said.

Escaping into nature and enjoying a hunt has helped.

“The best part about it is sitting in the deer blind when the sun comes up,” she said. “It’s like watching the world wake up.”

Amanda’s story is one of hundreds submitted through the Take ’em Hunting Challenge, which runs through the end of May 2021. Those wanting to get involved still can by taking a beginning hunter or someone who has not been in a while and submitting the story for a chance to win a variety of prizes.

To learn more about the challenge, visit outdoornebraska.org/takeemhunting. 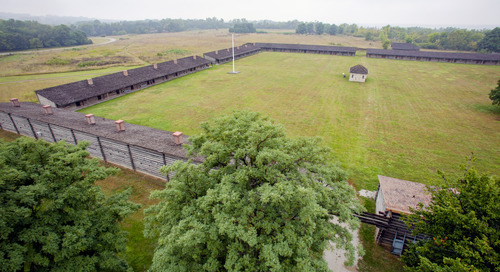 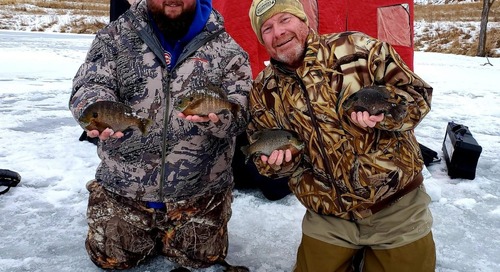 I can hardly wait for sufficient ice for ice fishing to arrive! I sure enjoy ice fishing but admittedly I d...