Hunters urged to stay safe in the field this season

LINCOLN, Neb. – Hunters should recommit themselves to staying safe in the field this fall.

Ellis said that since the beginning of Hunter Education and hunter orange requirements in the mid-1970s, accidental shootings have decreased dramatically. He said a 2010 report by the Oregon Department of Fish and Wildlife stated that the 81 percent of victims in vision-related hunting incidents were not wearing hunter orange.

In Nebraska, a hunter must display at least 400 square inches of hunter orange material on his or her head, chest and back when hunting:

— antelope, elk, deer or bighorn sheep with a firearm permit during a firearm season;

— deer with archery equipment during the November firearm and January late deer seasons; and

“Make sure to wear blaze orange when legally required, but also when not mandated, when hunting game such as pheasants, quail, grouse, squirrel and rabbit,” Ellis said.

Ellis said nearly all firearm incidents can be prevented by following four rules:

— Control the muzzle, ensuring that a firearm never is pointed at anything you do not want to destroy.

— Keep your finger out of the trigger guard and away from the trigger until you are ready to shoot.

— Treat every firearm as if it is loaded.

— Be sure of your target, and what is beyond it.

“Whether you miss your target or the bullet travels through it, be sure that your target has a safe backstop behind it to stop the bullet,” Ellis said. “Never shoot at skylined game, or toward water, a roadway, house or feedlot, or at sounds or movement through brush. Make sure to identify your target as legal game before aiming and shooting.”

Ellis said hunters should create a plan and stick to it. “Tell someone where you plan to hunt, when you will leave and when you plan to return,” he said.

He also said it is important to prepare for unexpected changes in weather by having proper clothing. Carry a first-aid kit and gear to get through a night in the woods, such as a fire-starting kit, space blanket and a nutritious snack and water.

The post Hunters urged to stay safe in the field this season appeared first on Nebraskaland Magazine. 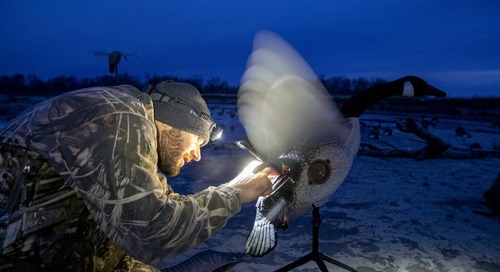 A Thank You to Landowners

Dear Landowner, I’m reaching out to say thank you. But before I do, I’d like to explain myself. I think a l...