Team USA did outstanding at the 2016 Rio De Janeiro Olympic Games. More specifically, Americans competing in shooting sport events were on fire! It is also interesting to note how many of our Olympic shooting sports leaders came to the sport with a hunting background.  In fact, for several Olympians, hunting is absolutely part of who they are!

The very first Gold Medal awarded this Olympics was won by 19 year old, Virginia native, Ginny Thrasher in the 10-meter air rifle competition last Saturday. Ginny’s air rifle of choice, her black Feinwerkbau 700 air rifle. This high pressured air rifle advertises that it will “leave the competition standing in your wake,” and that is exactly what Ginny Thrasher did. Thrasher shot a new Olympic record with a score of 208. When Ginny is not at target practice, she has been found hunting whitetails with her Grandpa. Six time Olympian and gold medalist, Kimberly Rhode added another bronze medal to her collection at the Womens’ Skeet Shooting event. Kimberly is very much a hunter and grew up chasing everything from deer to dove with her father and grandfather.  Kim is also a member of Safari Club International, a conservation organization dedicated to supporting hunting/conservation efforts world wide.

Corey Cogdell also captured a bronze medal in the Womens’ Trap Shooting event. This was her 2nd Olympics.  Corey grew up hunting in Alaska and it is a big part of her life!

USA Archery also made headlines. The Men’s Archery Team has taken home a silver medal for the 2nd Olympics in a row. U.S. archer, Brady Ellison also competed individually and took home a bronze medal.  Brady is a big hunter who got his start in archery while elk hunting with his father. Brady represented the United States well this year.  When asked about winning the bronze during a heart pounding shoot off he stated….You don’t know how tough you are until tough is going on.”

Mackenzie Brown is another notable Olympic archer who shot her first arrow as a young girl, in the National Archery in the Schools Program (NASP), a program that Nebraska Game and Parks Commission has helped bring to more than 250 schools across our state. The NASP program is providing several million youth each year the opportunity to experience archery.  Who knows, maybe our next Olympic gold medalist is a young girl sitting in a fifth grade classroom in Lincoln Nebraska and doesn’t even know yet how much incredible talent she has!  NASP may just be the key in helping her reach her Olympic dreams.

It is interesting how many of our Olympic shooting sports athletes grew up hunting with their families. It is easy to see how a youth could move from hunting into more serious competitive target shooting.  After all, the shooting skill sets are very similar.  You might even say that grass roots hunting skills have been the first training grounds for many Olympic shooters over the  years.   Way to go team USA and the many outdoorsmen and women who helped train them! 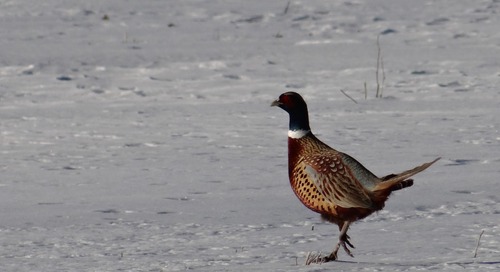 A Dozen Reasons to Appreciate Hunting in Nebraska

LINCOLN – Pheasant and quail abundance in Nebraska this year is higher than the five-year average over most...