LINCOLN, Neb. – The Hunters Helping the Hungry (HHH) program has received two grants that will fund processing of 36 donated deer in 2019, but cash donations to support the program are greatly needed.

Thanks to a $2,500 grant from the Cabela’s Outdoor Fund and a $750 grant from the Rocky Mountain Elk Foundation – plus cash donations received through July 2019 – 375 deer can be processed in 2019. While this number is higher than it would be without the grant funds, it is still a 34% drop from last year.

HHH, which was created by the Nebraska Legislature in 2012, is funded entirely by tax-deductible cash donations from hunters, businesses and individuals. HHH contracts with processors, who prepare and package ground venison from hunter-donated deer. Charitable organizations then pick up and distribute venison to Nebraskans.

The Nebraska Game and Parks Commission is seeking cash donations to HHH so it can continue to feed Nebraskans in need. Each dollar donated provides two meals of ground venison. More than 650,000 meals have been distributed since the program began.

The program is very successful when cash donations keep pace with deer donations. From 2014 to 2017 donated deer increased by over 20% each year. At the same time, annual cash donations decreased from $76,000 to $47,000. In most years, 90,000 deer permits are sold in Nebraska. If one dollar were donated to HHH with each permit purchased, the program’s funding could be restored to 2017 levels, when a record 734 deer were donated.

View the 2018 program report, and learn more about the program and how to support it at OutdoorNebraska.org/HHH or contact program coordinator Teresa Lombard at 402 471-5430 teresa.lombard@nebraska.gov. 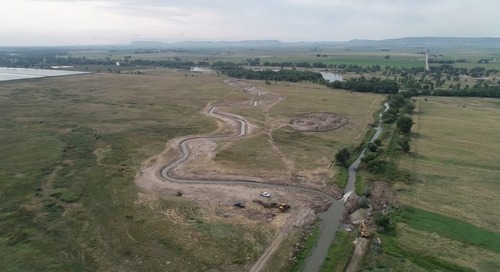