The Nebraska Game and Parks Commission’s southeast district had plenty of hunters, especially on public ground.

“There were bunches of hunters participating in the dove opener,” said Pat Molini, southeast district wildlife manager. “It used to be that an opener on a weekday had fewer dove hunters, but that has changed.”

Molini said hunter success across his district varied from good in the southwestern counties, average in Lancaster and Seward counties, to fair in southeastern counties.

“Our sunflowers on public areas are again very popular, with some of the Salt Valley lakes very busy,” Molini said. “With the wet spring, many sunflowers were planted late, so maturity of the seed is varied and attractiveness to doves is varied.”

Conservation Officer Dina Barta checked 15 hunters with 58 birds in Lancaster County. “Most hunters were in the big sunflowers planted at Branched Oak and did well there,” she said.

There were good numbers of doves on wheat ground and good hunting at Sherman WMA. A group of two hunters on private land near North Platte reported taking 21 doves in just more than an hour.

Micah Ellstrom, northwest district wildlife manager, said hunter success was fair in his region. “Bird numbers look pretty decent in the Panhandle, with quite a few in isolated areas,” he said. “The strong winds hampered some success, but looking at the longer-term forecast, we should be able to keep some birds around for a while this year.”

Conservation Officer Scott Brandt said there were pockets with good bird numbers in Scotts Bluff County. He said a few limits were taken, but overall success was fair.

Hunting in the northeast district “was a little on the slow side in terms of numbers of doves and hunters,” according to wildlife manager Tom Welstead.

George Syas WMA in Platte County, another popular area with food plots planted for doves, had six hunters on opening morning. One of those hunters had 12 doves. Welstead said two hunters on a private farm pond in Madison County had eight doves each.

Dove season continues through Oct. 30, with daily bag and possession limits of 15 and 45, respectively. Bag limits are for mourning, white-winged and Eurasian collared doves in aggregate. Shooting hours are 30 minutes before sunrise until sunset.

Public hunting lands and lands open to public hunting through the Open Fields and Waters program can be found in the Nebraska Public Access Atlas, available where hunting permits are sold or online at OutdoorNebraska.gov/WheretoHunt. 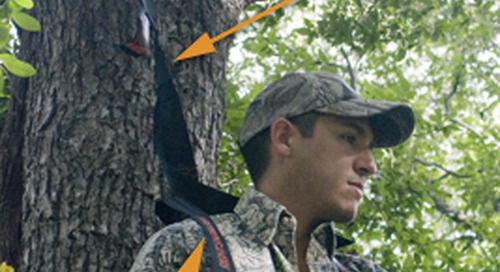 Deer season is open!  Since September 1, archers are have been taking to the field.  So some review on tree...