LINCOLN, Neb. – Bird dogs and blaze orange returned to the fields across rural Nebraska on Oct. 30, the state’s season opener for pheasant quail and partridge.

According to field reports, hunter success for pheasants was highest in the Northeast (0.62 birds per hunter), with some of the better reports coming from the northernmost counties in the district. Pheasant hunters also had relatively good success on public lands in the Rainwater Basin region in south-central and southeastern Nebraska – with many groups averaging more than 0.5 birds per hunter.

Further west, drought conditions appear to have limited production this year as many hunters reported seeing fewer pheasants than in recent years. Harvest success was highly variable among parties in the Southwest and Panhandle regions but below average overall, at 0.37 and 0.16 birds per hunter, respectively.

Most hunters were observed on publicly accessible lands such as wildlife management areas, waterfowl production areas, and private lands enrolled in the Open Fields and Waters Program.

Staff talked with an additional 1,066 hunters at the 19 pheasant-release sites across the state. These hunters bagged 756 pheasants, of which 90% were pen-raised.

Quail populations appear to be down slightly compared to recent years, but some hunters found respectable numbers of quail in portions of southeastern and south-central Nebraska over the weekend.

The following is a report of hunting activity by Game and Parks District:

Southwest – Hunter activity was relatively high on public lands Saturday but declined Sunday. OFW properties in western portions of the district continue to be popular among pheasant hunters but success was relatively limited overall. As expected, many CRP fields were affected by haying and grazing, placing more hunting pressure on the remaining cover. Further east, pheasant hunters had fair-to-good success on WPAs and WMAs in the western Rainwater Basins and on OFW properties in surrounding counties to the south. Few hunters targeted bobwhites but many hunting southeastern portions of the district observed quail. Crop harvest progress was 60-100% complete.

Southeast – Pheasant release sites continue to be popular among hunters as participation on these sites increased 16% compared to 2020. Many pheasant hunters had success on public lands in the eastern Rainwater Basins, with most groups averaging more than 0.5 birds per hunter. Hunters observed good numbers of bobwhites on OFW sites and WMAs in several southeastern counties. Hunting activity was relatively low elsewhere and crop harvest was more than 80% complete.

Northeast – Pheasant hunters had good success on public and private lands in northern portions of the district. This region supports a high density of CRP and although many CRP fields were affected by emergency haying and grazing this year, hunters were pleased with the bird numbers found in the remaining cover. Crop harvest was 60-90% complete.

Northwest – Prolonged drought appears to have reduced pheasant hunting opportunities this year. Most hunters were using OFW sites and other public lands and most reported they observed fewer pheasants compared to recent years. In many areas, the standing cover is shorter and thinner than normal, which poses additional challenges for hunters. Most crops were harvested but fog and drizzle on Sunday limited hunting activity. Fair numbers of grouse were reported in both the northern and southern Panhandle, but few hunters pursued them. 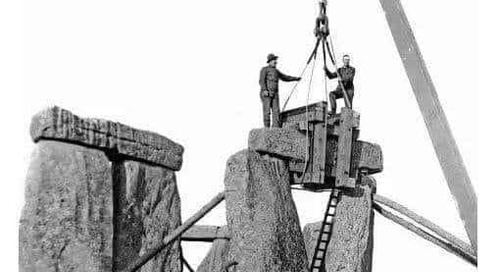 I guess daylight savings time ends this weekend. Whatever. Don’t forget to turn your clocks back an hour Sa...