After 47 years of service, including nine years serving as director of the Nebraska Game and Parks Commission, Jim Douglas is retiring. He has celebrated a lifetime of conservation accomplishments.

“Ask yourself what kind of world you want to live in and leave for your kids,” said Director Jim Douglas, a statement that says so much about what he has accomplished during his 47 years in conservation.

For the Nebraska Game and Parks Commission, he has served in a variety of roles, including the district supervisor and chief of the Resources Services Division, chief of the Wildlife Division and deputy director of Administration. His last nine years were served as the agency’s director, where his contributions locally and nationally were immense.

Originally from Illinois, Jim’s relationship with the natural world came early. He often tells a story from his childhood that mirrors his future work in conservation. “I spent a lot of time in the woods and the creeks. But there was a rule; until I was a certain age, I could only go to the first creek. There were three parallel creeks that were about a quarter mile apart, so I could go down into the first creek when I was 6 years old. But I had to be 8 or 9 before I could go to the second creek — older, wiser. I couldn’t go to the third creek until I was about 12. And after I made it to the third creek and saw all of its wonders, one of my older brothers said, “Well, that’s nothing. If you keep going, there’s a river.”

Jim’s passion for natural resources fueled his long, distinguished career in conservation. “I have always appreciated how Jim was able to look down the road amongst the traffic weaving in and out to try to proactively address the next wildlife resource challenge,” said Ritch Nelson, state wildlife biologist and forester for the Nebraska-Natural Resources Conservation Service. “His work in regard to forming the Nebraska Bird Partnership in the early 2000’s is a good example among many such efforts by Jim.”

“Jim Douglas is the consummate professional, and his contributions to the work of the Association of Fish and Wildlife Agencies, on national policy, are countless,” said Ron Regan, executive director of the Association of Fish and Wildlife Agencies. “His years of experience as a leader and his consistent, thoughtful and wise counsel have made him one of our ‘go to’ directors for managing the complex conservation issues of our day. He brings the same passion to interactions with peers and colleagues, at a personal scale, all across the country.” For Douglas, it is those peers and colleagues — landowners, conservationists, and fish and wildlife staff here and across the country — who make the difference. “I have been blessed to work with great commissioners and talented, dedicated staff,” Douglas added.

“I recognize our greatest strengths are not our personal achievements; they are our successful collaborations,” Douglas said. “It takes working together to care for our fish, wildlife, parklands and natural resources, and I know my contributions will be continued and built upon by others who also want to see healthy lands, wildlife and waters available for generations to come.

“That, I believe, is the greatest gift we can give to future generations.”  ■

“Jim Douglas was key to the development of the Recruitment, Retention and Reactivation plan. He understands that the Commission needs to create opportunities for our user groups. He also knows how important it is to keep our sportsmen and sportswomen actively engaged if our outdoor heritage and traditions are going to remain healthy and survive. This is why you can always count on Jim Douglas to work tirelessly to make R3 a success.”

These efforts have helped grow the agency’s customer base and participation in many outdoor activities, such as hunting, fishing, boating, camping and wildlife viewing.

“Jim has been a strong ambassador for conservation over the years, including his critical thinking on challenging issues and his ability to bring teams together at the state and national level to solve those problems. On a personal note, Jim has been a sage counsel and a bright light for other conservation leaders through his guidance, encouragement and support. He truly is a mentor of mentors. I’m thankful for all the ways he has positively pushed conservation forward during his tenure.”

The creation of the Commission’s Fish and Wildlife Education division highlights Douglas’ desire to create a conservation-minded society and getting all ages curious about the natural world. From outdoor discovery programs across the state to the ever-expanding Trout in the Classroom program, the Commission is well positioned to build the next generation of outdoor stewards.

“There were a lot people who were involved in putting all the pieces together, but I think Jim was the plan’s champion. He was in a unique position of being in Nebraska — a state where pheasants are still important — and he has great relationships with other directors across the country and Pheasants Forever. All these things came together through Jim.”

The National Wild Pheasant Conservation Plan is a collaboration among 24 state wildlife agencies and Pheasants Forever. Finalized in 2013, it provided a blueprint for restoring and maintaining pheasant populations across the country and addressed states’ collective conservation goals in today’s agricultural landscapes.

The Midwest Association of Fish and Wildlife Agencies asked Nebraska Game and Parks’ Director Jim Douglas to facilitate hiring the plan’s coordinator — a critical role in moving the plan forward — and to provide the groundwork in creating interstate partnerships across the pheasant range.

In Nebraska, Jim has been a champion for the Berggren Plan, which has been aimed at growing the state’s pheasant population and increasing land open to hunting.

The plan, named for the late Nebraska Game and Parks Commissioner Lynn Berggren, continues to grow since its 2016 inception with the goal of making Nebraska one of the best upland bird hunting locations in the country.

“Most people in Nebraska probably don’t realize what a leader Jim Douglas is in the conservation field, not only in Nebraska but also across the country. There’s a list of programs today — including the Monarch Joint Venture — that are just accepted, but 20 years ago, that wasn’t the case. It’s easy for a government agency to say, ‘This is how we’ve always done things,’ and the only reason the ice was ever broken was because someone like Jim said, ‘Wait a minute. Why wouldn’t we want to do something?’ Jim’s innovative and collaborative approach is the hallmark of his career.”

Director Douglas increased law enforcement personnel, resources and support to help protect our natural resources and the people of the state who enjoy our outdoor amenities.

“I consider myself blessed to have a career with the National Wild Turkey Federation that overlapped with Jim Douglas’ career with the Nebraska Game and Parks Commission. I have always appreciated Jim’s straightforward leadership style, desire to hear and consider all viewpoints and his commitment to making the best decision for the wildlife and sportsmen and sportswomen of Nebraska. Jim’s strategic and steady leadership will be sorely missed but his legacy and body of work for the wildlife and wild places of Nebraska and across the West will persist well into the future.”

Jim has been a huge supporter of the visitor industry. “Tourism is the second largest industry in our area,” said Deb Cottier, executive director of the Northwest Nebraska Development Corporation. “Jim has been a supporter of the Governor’s Pine Ridge Wild Turkey Hunt and has been there to sit down and discuss solutions. He knows what it takes to run a ‘business’ as large and geographically dispersed as the Game and Parks Commission. As the face of the Commission, his word is good, his interest is genuine and his knowledge of all things from critters to people has served us well in Nebraska. I think Jim’s legacy will be the quiet nature of his voice, the breadth of his understanding of wildlife, habitat and people services, and the desire to share Nebraska’s natural resources with as many people as we can. Thank you to Jim for being such a good custodian of those natural resources during his time with the Commission.”

Thank you, Director Jim Douglas, for your 47 years of service to the Nebraska Game and Parks Commission, our natural resources and the people of the great state of Nebraska. 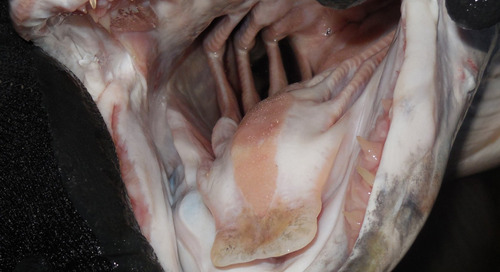 You know I love big fish, big fish of any species, but especially big, bad, predator fish.  Nebraska is ble... 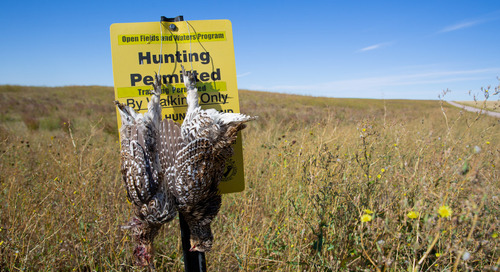 The hunting world can be small, and it seems even smaller on the internet. I credit social media for severa...