One of the greatest threats to Nebraska livestock production comes in an unassuming package. Eastern redcedar (juniperus virginiana), with its fragrant foliage and purplish “berries,” doesn’t look like a threat. But science has shown that once it takes over an area, rangeland productivity decreases by 75 percent, as the trees strip forage grasses of necessary sunlight and water.

And once rangeland has been compromised by redcedar, restoring productivity isn’t cheap: cedar removal can cost up to $150 per acre in the Sandhills, the equivalent of $150,000 to treat just 1,000 acres. Costs are even higher in southwestern Nebraska where even more trees are established.

“Redcedar invasion is a huge challenge, and scientists have documented its impacts on livestock production for decades,” said Dirac Twidwell, an associate professor of agronomy and horticulture at the University of Nebraska-Lincoln. “Fortunately, much of Nebraska is still in the early stages of invasion, but the clock is ticking.”

Research shows that acting early to stop infestation is more effective and cost-efficient, Twidwell said, and coordination among livestock producers is crucial.

“Managing lands for redcedar is important on an individual level, but to truly eliminate the threat on a regional scale, it will take many neighboring ranches working together,” Twidwell said. “Over the past few years, we have created science-producer partnerships that are proven to better manage eastern redcedar invasions with a higher return on investment.”

Workshops will be held throughout the state in 2020 featuring new principles for managing eastern redcedar invasions and examples of how collaborative ranches enhance forage resources, livestock production and other natural resource goals. 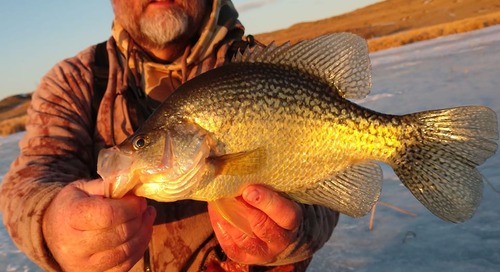 You may have heard me say before that my calendar is a little different.  Most folks recognize January 1 as...

Access to Hudson Lake closed due to poor road conditions