This news release went out last week; I have not heard much “chatter” about it:

LINCOLN, Neb. – Jeff Fassett, director of the Nebraska Department of Natural Resources, on Oct. 19 signed an order granting application A-19406 to appropriate water for the purpose of instream flows on the Niobrara River to maintain habitat for the fish community.

Appropriation A-19406 was approved for seasonally adjusted flow amounts to coincide with the different life cycle stage needs of the fishery, including overwintering, spawning, rearing and growth. The flows also will meet habitat needs for whooping crane migration in spring and fall, and piping plover and least tern nesting in spring and summer.

Instream flow permits are granted only for unappropriated water and are subject to the same “first in time, first in right” requirements that are binding on all surface water appropriations. Only the NRDs and Game and Parks can hold instream flow permits, and this water right will have a Dec. 4, 2015 priority date.

The instream flows are part of the efforts by the Niobrara River Basin Alliance NRDs and Game and Parks, along with the Nebraska Public Power District, to ensure the long-term sustainability of water in the Niobrara River basin for generations to come.

I am not going to pretend that I understand much of Nebraska water law.  If you want more explanation, this story by Dave Hendee in the Omaha World-Herald, Water Flows Now Protected in Stretch of Lower Niobrara River. . . fills in more of the blanks.

As the newspaper story states, this action does not protect flows in the stretch of the Niobrara popular for world class float trips, but I know the lower river is connected to the middle river (“Duh”), and protection of water in any of that river is a good thing!  I again will not pretend to know what is going to happen on the frequently-floated stretch of the Niobrara, but I know it is an extremely valuable resource.  Regardless, I believe that water is going to be THE issue for western states this century, including Nebraska, and probably THE issue for much more of the globe than that.  As more and more pressure is placed on our water resources, I worry if there will be any water left for fish & wildlife and outdoor recreation?  For that reason, I consider this announcement to be really good news and well worth celebrating!

I hear McDonald’s has the McRib back!  (My celebrations are pretty simple.) 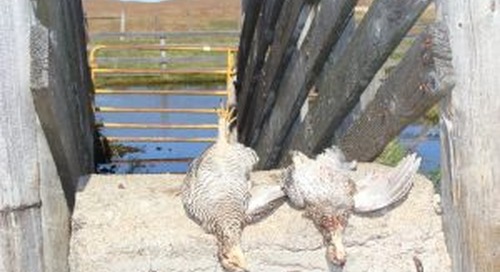 The Sandhills Call To Me