The governor signed the proclamation in a ceremony at the Nebraska Capitol and presented it to Nebraska Game and Parks Commission Deputy Director Tim McCoy, who was joined by Jared McJunkin and Micaela Rahe of the National Wild Turkey Federation.

“Hunting brings family and friends together in a way that encourages appreciation for our natural world,” Ricketts said. “Nebraska welcomes hunters from across the nation to our beautiful state, creating an $848 million annual economic impact in Nebraska, fueling the economy of towns large and small and supporting nearly 9,000 jobs.”

In the most recent survey of Nebraska turkey hunters, 90 percent of respondents reported having a good experience. Several factors contribute to hunters’ fondness of turkey hunting in the Cornhusker State:

— Nebraska has an abundant turkey population, with hunting opportunities in all 93 counties. Parts of the state have opportunities for the highly sought-after Merriam’s.

— Turkey hunting is popular with out-of-state hunters. In 2017, approximately 43 percent of the 33,932 turkey hunting permits sold in Nebraska were to visitors from other states.

— Turkey hunting is allowed statewide. Nearly one million acres of land are open to public hunting in the state.

— An unlimited number of turkey permits are available. A hunter may purchase up to three permits for the spring season and up to two for the fall season. 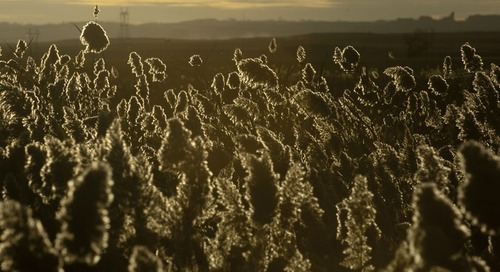 Those of you who have been to Smith Lake Wildlife Management Area south of Rushville lately have surely not...