Get involved in the 2020 Nebraska Bird Month Challenge

LINCOLN, Nebraska – In honor of the role birds play in Nebraska’s economy and ecosystems, Gov. Pete Ricketts has proclaimed May as Nebraska Bird Month.

The monthlong celebration, typically celebrated with bird-related events across the state, has taken on a new form this year in the interest of public health due to the novel coronavirus. Rather than attend an event, Nebraska Game and Parks Commission invites Nebraskans to get outside, look for birds and join a national citizen science program as part of the Nebraska Bird Month 2020 Challenge.

“Spring is a great time to go bird watching,” said Lindsay Rogers, Game and Parks Fish and Wildlife Education Division Administrator. “Many birds are migrating through the state and those birds that breed here in Nebraska are busy establishing territories, courting mates and building nests. Plus, birds provide a huge boost to Nebraska’s economy through hunting, wildlife watching and feeding birds.”

To enter the challenge, Nebraska Bird Month participants should head to nebraskabirdmonth.org and complete the commitment form. Those who do will be sent a package of birding resources. Participants then should head outside to look for birds and enter at least five species they find on iNaturalist, a web-based citizen science program.

“The most important thing this year is that Nebraskans are getting outside, learning about birds and helping scientists by participating in citizen science programs,” Rogers said.

Those who participate in Nebraska Bird Month should continue to honor all local, state and federal public health guidelines, including social distancing and wellness recommendations.

Nebraska Bird Month began as a collaborative effort in 2015. It is sponsored by Game and Parks with support from Nebraska Educational Television, Wild Bird Habitat Store and the Nebraska Environmental Trust.

The post Get involved in the 2020 Nebraska Bird Month Challenge appeared first on Nebraskaland Magazine.

Highlight Outdoor Nebraska’s finest on your next video conference

LINCOLN, Neb. – With virtual meetings expected to be a part of people’s lives for the foreseeable future as... 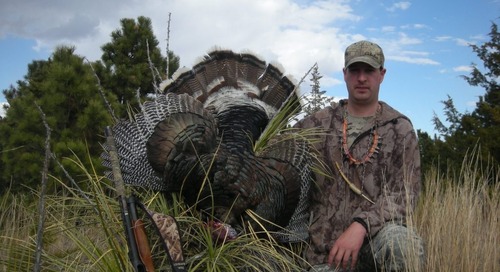 Spurs on the Necklace

If you have followed my blog for a year or three, you know this time of year I am distracted.  Distracted b...