Home » NEBRASKAland Magazine » Gearing up for Peregrines – 2018
× Share this Article

It is officially spring and with it comes another year of Peregrine Falcons. We got things kicked off on Tuesday when we made a trip down to the Capitol to set up the live video feed set-up on the first floor, add a little bit of pea gravel to the nest box and clean off the camera lenses.

For better or worse, we did not encounter any birds during our visit.  Everything I have seen indicates the same two birds that have been present for over a decade remain in control of the Nebraska Capitol (although there also has apparently been a challenger or two that have made their presence known).   Again this year, I am surprised by this development since both birds are both getting up there in age.  Alley, the female, was hatched in 2004 and 19/K, the male, was hatched in 2001.  This pair is the only one to successfully raise young at the Capitol.  However, they have had less success in recent years.

Last year, no eggs hatched. I (and others) speculated that their reduced fertility is associated with their age.   Any way you slice it, there is uncertainty what will transpire in 2018.  The first egg could be laid any day.  The good news is you can watch the drama unfold by watching our streaming video available HERE.  Frequent updates are also posted on the fan-based Facebook page Peregrine Falcons Lincoln NE.

The post Gearing up for Peregrines – 2018 appeared first on NEBRASKALand Magazine.

LINCOLN, Neb. – The Nebraska Game and Parks Commission has published a guide designed to assist communities... 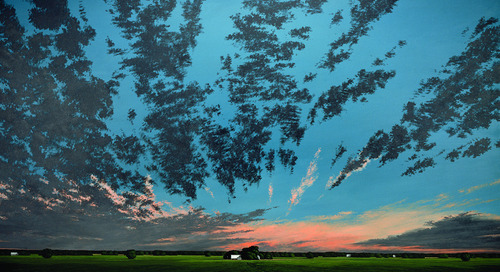 Here in Nebraska, beauty surrounds us constantly. It tends to announce itself most clearly in uninterrupted...