LINCOLN, Neb. – Pheasants in a portion of central Nebraska will be fitted with leg bands and radio collars this spring as part of a new study to understand pheasant ecology in that region.

Starting this month, researchers from the Nebraska Cooperative Fish and Wildlife Research Unit at the University of Nebraska-Lincoln and the Nebraska Game and Parks Commission will put bands and collars on pheasants in the Central Pheasant Opportunity Area (POA).

The Central POA is one of the state’s eight regions in which habitat management and hunter access is focused as part of the Berggren Plan, an aggressive and innovative five-year initiative aimed at increasing pheasant abundance and improving pheasant hunting opportunities in Nebraska. The Central POA is comprised of most of Custer County and portions of Logan, Lincoln, Valley, Greeley, Sherman and Howard counties.

“Continuing to understand what drives pheasant populations in Nebraska is key to successful implementation of the state’s pheasant plan,” said Commissioner Pat Berggren of Broken Bow. “We are excited to build upon what we’ve learned from the pheasant research in the southwest, and to look for opportunities here in the central Nebraska.”

The pheasant plan is named for late Commissioner Lynn Berggren of Broken Bow, the father of Pat Berggren.

Researchers will monitor pheasants over the next three years, with a major focus on breeding behavior and nesting in the spring and summer, and habitat-use and movements in the fall and winter. 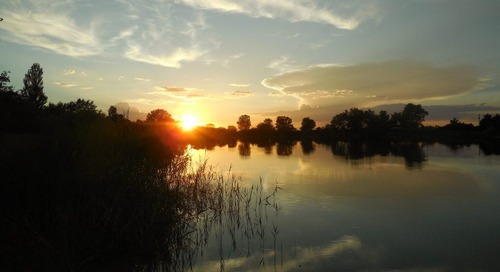 I blogged about a sandpit management workshop last week.  I intended that would be the only blog post about...