LINCOLN, Neb. – Samples to be tested for chronic wasting disease (CWD) will be collected at check stations in northeast, central and northwest Nebraska during the November firearm deer hunting season.

Nebraska Game and Parks Commission staff will collect lymph nodes from select harvested deer during the Nov. 16-24 season from the Pine Ridge, Plains, Missouri, Elkhorn, Loup East and Calamus East units. Additionally, Game and Parks will accept voluntary samples from any hunter who harvests an elk in 2019.

The goal of this sampling effort is to assess the spread and prevalence of CWD through periodic testing in each region of the state, which will help biologists determine the spread and occurrence of the disease. Game and Parks rotates sampling of management units around the state, sampling each every 3-5 years.

Other hunters outside of the sampling area may have their deer tested for CWD, for a fee, by the Nebraska Veterinary Diagnostic Laboratory in Lincoln.

Although present in Colorado and Wyoming for several decades, CWD was first discovered in Nebraska in 2000 in Kimball County. Since 1997, Game and Parks staff have tested nearly 52,000 deer and found 630 that tested positive. CWD has been found in 42 Nebraska counties, but no population declines attributable to the disease have yet been detected.

CWD is prion disease that attacks the brain of infected deer and elk, eventually causing emaciation, erratic behavior, neurological irregularities and ultimately death. While CWD has not been shown to infect humans, hunters should exercise caution when handling and processing deer, consider testing their deer if taken from a known CWD area and avoid consuming animals that test positive or look sick. Livestock and other animals outside the deer family do not appear susceptible to CWD.

Hunters can help prevent the spread of CWD by using proper carcass disposal methods. CWD prions, the infectious proteins that transmit the disease, can remain viable for months or even years in the soil. Hunters can find recommendations on handling and processing of deer and elk at cwd-info.org/recommendations-for-hunters.

Learn more about CWD in Nebraska at OutdoorNebraska.org/cwd.

The post Game and Parks to sample deer for CWD in six units during 2019 firearm season appeared first on Nebraskaland Magazine. 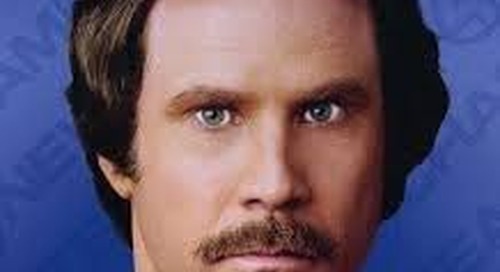 Our fisheries field biologists are busy in the fall.  That is the time that we do most of our fish populati...