LINCOLN, Neb. – The Nebraska Game and Parks Commission is seeking input on proposed changes to duck zone and goose unit boundaries for the 2021-2022 hunting seasons.

Proposed changes to dark goose units are in Brown and Cherry counties, and in Washington County. In addition, there is a proposal to combine the current Panhandle, Platte River, East and Niobrara Units into one unit.

Hunters can download maps and follow instructions provided to submit input. Game and Parks will accept input until Feb. 29. Input from this round will determine what changes will be forwarded to the Game and Parks Board of Commissioners and, ultimately, the U.S. Fish and Wildlife Service.

“Unfortunately, we could not make changes to all the responses we received in November,” said Mark Vrtiska, Game and Parks’ waterfowl program manager. “We examined each suggestion and there are a lot of factors to consider before taking a suggested change and proposing it. Thanks to all the hunters that provided input.” 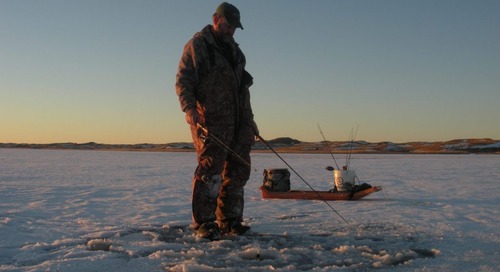 When I finally got on the ice this winter, a big wave washed over me.  It rolled down from the sandhills on...

Public may rent hunting equipment at University of Nebraska-Lincoln

LINCOLN, Neb. – Hunting equipment now is available for rent by the public at the University of Nebraska-Lin...