Game and Parks has resources for landowners with wildlife damage

LINCOLN, Neb. – The Nebraska Game and Parks Commission is proactively working with landowners who have encountered wildlife damage to their crops and property.

“Crop and livestock damage can be a serious issue for many landowners,” said Game and Parks Director Jim Douglas. “We understand this and need to let landowners know what tools we have to help them, and listen to their ideas about other ways to resolve these problems.”

Game and Parks believes the best way to manage big game populations is by hunting. In 2020, the agency has:

• increased antlerless elk tags by 40%; and

In 2019, antlerless deer units Frenchman and Loup East had lengthened seasons and met management goals of increasing antlerless harvest. This success is due largely to landowners allowing access to their land.

Landowners experiencing wildlife damage should contact their district Game and Parks office. A list of offices is available at OutdoorNebraska.org/locations. They can discuss options such as scare devices, damage control permits or opening lands to public access for hunting. Landowners also may contact the agency about wildlife damage issues at OutdoorNebraska.org/depredation by filling out a Landowner Assistance Form.

Landowners, hunters and Game and Parks working together are the driving force for wildlife conservation in Nebraska. Landowners provide habitat and hunting access while hunters fund conservation by buying permits and stamps. Those funds are invested back into programs for private landowners that benefit wildlife and provide access for recreational opportunities, big game research, and maintaining 289 wildlife management areas that encompass 190,884 acres.

Game and Parks is charged with managing all wildlife in the state. It strives to find a balance between healthy wildlife populations, hunting opportunities, and keeping deer and all game populations at socially acceptable levels.

The post Game and Parks has resources for landowners with wildlife damage appeared first on Nebraskaland Magazine. 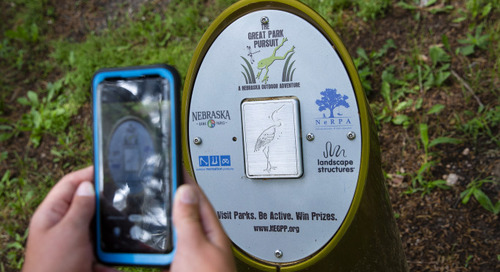 LINCOLN, Neb. – Enjoy an outdoor adventure with family or friends. Join the Great Park Pursuit for a chance...

LINCOLN, Neb. – Private landowners have until June 19 to enroll their land in the Open Fields and Waters Pr...