Four positives for CWD found in recent testing of deer

LINCOLN, Neb. – The presence of chronic wasting disease (CWD) in deer has been detected for the first time in southeastern Nebraska, according to findings by the Nebraska Game and Parks Commission.

The Commission conducted a CWD sampling operation in its Southeast District deer check stations during the 2016 November firearm deer season. Four samples tested positive for CWD. Those samples were taken from deer harvested on private land in Thayer, Saline, Cass and Polk counties.

There were 753 deer sampled in three deer management units: Wahoo, Blue Northwest and Blue Southeast. No extensive sampling for CWD had taken place in these units until 2016.

The goal of this sampling effort is to assess the spread and prevalence of the disease through periodic testing in each region of the state, which in turn helps biologists predict when and if future effects on deer numbers may occur. Testing will take place in the Southwest, Northwest and Northeast districts in the next several years.

Although present in Colorado and Wyoming for several decades, CWD was first discovered in Nebraska in 2000 in Kimball County. Since 1997, Commission staff have tested nearly 49,000 deer and found 296 that tested positive. CWD has been found in 34 Nebraska counties, but no population declines attributable to the disease have yet occurred. 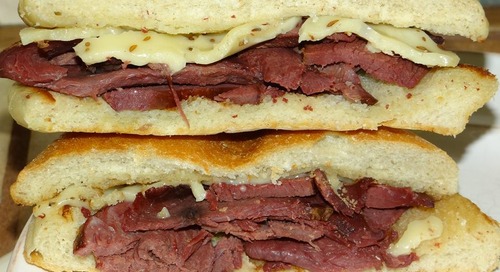 A friend of yours has given you a few packages of venison steaks to try. You have a couple mallard ducks an...