CRAWFORD, Neb. – Visitors who camp with their horses at Fort Robinson State Park are expected to enjoy upgrades and repairs to the Mare Barn Complex.

Park superintendent Jim Miller said the wooden Mare Barn, which stands at the west side of the park’s main campus with a narrow 20,000-square-foot 300-yard-long C-shaped footprint, has been getting an upgrade from the ground up this winter.

Constructed during Fort Robinson’s period of developing and supplying horses for the U.S. Cavalry in the early 20th century, the barn now provides horse stalls for park visitors who stay at the adjacent 22-stall campground to the west.

Miller said equestrian tourism is gaining popularity, and the repairs and improvements will solidify Fort Robinson’s standing as a premier destination for horseback riders. Completion is expected by early May.

“These are one-of-a-kind buildings. I am not aware of any others in the country,” Miller said, noting that they tie the Fort’s history to modern times. “Our guests will enjoy this upgrade.”

The project’s contractor, Hackel Construction of Ord, is replacing the sill plate and studs in rotted areas and jacking the structure to straighten its ridgeline. The building also is getting new siding, shingles and sidewalk. New siding and shingles also are in the works for the Mare Barn Annex, the 3,500-square-foot building located at the center of the stables and available for meetings and other activities.

The 309 Task Force for Building Renewal, a division of the Nebraska Department of Administrative Services, awarded the funding for the project.

Kelcie Mowrey, who works at the front office at Fort Robinson, said the stables were important for the production of horses in their original role, and the buildings are among the last standing structures from the Fort Robinson’s Army Remount Depot era, 1919-1945.

The breeding program began in 1920 with 125 broodmares from Fort Keogh in Montana. The program took several years to develop, but gained a reputation for producing high quality colts for cavalry and artillery purposes.

Mowrey said the stables were built in 1928 to aid in the monitoring and supervision of the broodmares, a task in which only a select few of the most experienced enlisted men were assigned. The soldiers began halter breaking when colts were just 3 months old and the horses’ feet were given particular attention. As yearlings, their hooves were trimmed to prevent crooked feet.

In addition to the Mare Barn stables, two identical sets were built nearby to the north.
“One was purposed for yearlings and the other for 2- and 3-year-olds to better control and train the colts as they aged,” she said.

Those two stables were dismantled, along with many other buildings, after the U.S. Army abandoned the grounds and the USDA established its Beef Research Center at Fort Robinson in the late 1940s. 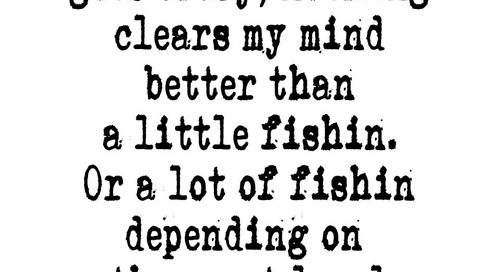 The World has gone Mad

I do not know what to blog about today.  The past couple days have been unlike anything any of us have ever...