I have been hearing some “chatter” in a variety of places about the handling of black bass, largemouth, smallmouth and spotted bass, especially concerning the way they are held.  I want to chime in with some comments:

First of all, black bass conveniently have relatively large mouths, large enough that an angler can grip those fish by the bottom lip.  Yes, they have teeth, but those teeth are nothing more than very rough abrasive paper.  You know the grip I am talking about, “lipping” a bass.  You have seen every bass tournament jock do this:

No doubt lipping a bass is a great way to get a grip on and control those fish.  Every bass handled by every angler should be handled in this way.  But is that enough, is that the BEST way to handle those fish?

That is where the debate starts.

Years ago Texas and its Share a Lunker Program suggested that beyond the lip grip, those fish should be supported in a horizontal position with their weight supported using both hands. If you think about it, horizontal holds while handling bass, and all fish for that matter, make sense.  It may have taken me 6 1/2 years of college, but one thing I learned was that fish are made for living in the water.  Their anatomy and bodies are not the same as ours, and the buoyancy they have in the water helps to support their body weight.  Take a fish out of water, which they can tolerate for a short time, and they do not have the skeletal structure to support their weight in the air.  Thus, the extra support of a landing net, cradle, or horizontal hold is a good idea.

This is true for bass, especially big bass where the entire weight of the fish is supported by that grip on the lower lip.  Even when being held straight up and down there is a lot of stress on the jaw of a lipped bass, and that can be exacerbated, made worse, if the fish is torqued into a position that is not completely straight up and down.  Injuries can occur to the jaws of improperly handled fish.

Is that a serious problem?  Depends on who you talk to, but I have heard some bass anglers claim that care in fish handling is getting carried away–lip ’em, grip ’em, don’t worry about it.

How about applying some science?

In the April 2017 edition of the North American Journal of Fisheries Management (Volume 37, Issue 2), there was a paper by J. Skaggs, Y. Quintana, S. Shaw, M. Allen, N. Trippel, and M. Matthews titled, “Effects of Common Angler Handling Techniques on Florida Largemouth Bass Behavior, Feeding and Survival.  If you wish, you can see the abstract HERE, and then purchase the whole paper or issue.  In their study they handled largemouth bass weighing from 2.4 to 8.5 pounds in one of three ways:  Held vertically with a lip-gripping tool, supported horizontally by two hands, and tilted to a horizontal position with a one-handed lip-grip.

In short the study found no significant differences in recovery times, feeding success and survival of the bass handled in those three different ways–yep, the bass jocks that say lip ’em and forget about it are partly right.  However, the authors did suggest that fish horizontally supported by two hands did recover quicker after release and although the differences were not statistically significant they also were more successful feeding after release.  Horizontally supporting the fish with two hands was best.

Like most scientific studies dealing with wild creatures, results were not “black and white”, and more questions always arise from good research.  Perhaps the best conclusion at this time is that there is a “good”, “better” and “best” way to handling bass?  To handling all fish for that matter?

Too many anglers like to get isolated in their own little world.  Too many anglers develop tunnel vision for only one species of fish or only one fishing technique.  Maybe bass anglers could learn some things from the muskie guys?  (I can hear you bass jocks gasping as you read that last sentence!)

For years Muskies Inc. has published MUSKIE magazine.  All anglers like seeing pictures of big fish and each issue of MUSKIE is full of photos of big muskies that were caught and released.  Most issues also include a graphic very similar to this suggesting the best ways to handle those fish:

Are there good, better and best ways to handle bass?  To handle any fish?

I believe so.  As an avid angler and pointy-headed fish biologist, I am going to come down on the side of the fish every time–every fish should be handled in the best way possible, especially those that are going to be released.  Yep, tournament bass jocks can and will continue to lip ’em and go with it, and with most bass that is probably fine.  But, understand that larger bass especially should merit extra care, extra support.  Why wouldn’t an avid bass angler be in favor of handling bass, all bass, in the best way possible?  Bass are readily catchable, readily releasable, and can be caught over and over again.  Research has proven that.  Why not handle all of those bass in the very best way possible?  The fish, the resource, the fishing, will benefit from it.

One other thing while I am up on this soap-box again:  Flipping bass, any fish, onto the bottom of the boat ain’t the best way to handle ’em!  A couple of years ago I wrote a blog about the importance of the slime coat on all fish, Yes, Fish are Slimy!  Flopping fish onto the bottom of a boat, even a carpeted bottom, or worse yet letting them flop on the shoreline in the sand or leaves absolutely is NOT the best way to handle them.  That is not even a “good” way to handle them.  Any time, every time you see a fish picture where the fish is covered with dirt or leaves, that fish’s slime coat has been abused and after release that fish will be more vulnerable to infections that can lead to mortality.  I know, flop ’em on the bottom of the boat and they look fine, they swim away fine, but they may be just as dead a few days, a few weeks later.  NO “shake and bake” fish, not in the dirt and leaves, not even on the carpet! Handle ’em in the best way possible, every time, and you just might be surprised at what you can catch again! 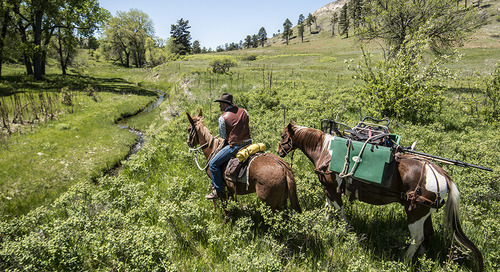 Sometimes, if you want to get where the fish are, you have to go where other people are not. Such was the c...