CHADRON, Neb. — Beginning Monday, Dec. 3, and as weather allows over the next few weeks, fire officials in forested areas of the northern Panhandle plan to burn slash piles.

Both the Pine Ridge Ranger District of the Nebraska National Forests and Grasslands and the Nebraska Game and Parks Commission plan to ignite piles during the next several weeks. The agencies will notify the public about specific locations as the burning begins.

At various times, smoke will likely be visible from Chadron, Crawford, Whitney, U.S. Highways 385 and 20 throughout the Pine Ridge, and other nearby roads and properties. Personnel from each of the two agencies will conduct the burns and check them at least daily until they are completely extinguished.

Officials say thinning and reducing hazardous fuel accumulation and build-up on the ground is an important tool to reduce the risk of catastrophic wildfire across the landscape. The slash piles are from mechanical thinning completed in forested areas of the region and some residue from previous fires.

MINATARE, Neb. — The public is invited to attend a special birdwatching event at Scout’s Rest Campground of... 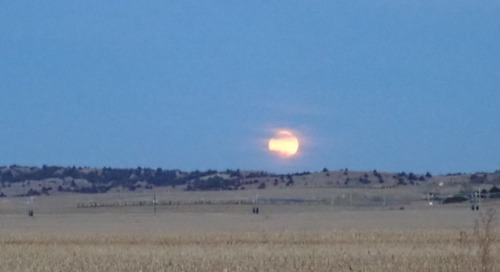 Took an extra day off over the long Thanksgiving holiday and missed the weather and bad roads coming home. ...