Agriculture producers in the northern Panhandle are among many Nebraska landowners who may be eligible to earn extra income by helping the region’s pheasant population and other wildlife.

The Nebraska Game and Parks Commission is offering special incentives to landowners within what has been labeled a Pheasant Opportunity Area in Box Butte, Dawes and Sheridan counties. The range of properties has been determined to have the best conditions and potential for pheasant hunting.

The Commission is offering $3 per acre to farmers who leave wheat stubble standing at least 14 inches tall and allow public access for walk-in hunting and trapping. Crops adjacent to the stubble also are eligible for 50 cents per acre if they meet certain requirements. The deadline to apply for that program is July 13.

Additional income for Conservation Reserve Program acres also is available. Landowners may receive an additional $40 per acre for new cover or habitat upgrades and up to $10 per acre for allowing public hunting access through the Open Fields and Waters program. Enrollees will work with a Commission biologist to improve the habitat.

The programs are components of the Berggren Plan, the Commission’s five-year initiative to boost the state’s pheasant population and provide hunters more access to the popular game birds.

Landowners interested in the programs may contact Shelley Steffl, Commission wildlife biologist, at 308-432-6183 or shelley.steffl@nebraska.gov. Her office is in the Upper Niobrara White Natural Resources District building, 430 East Second St. in Chadron. Applications also are available at nearby Natural Resources Conservation Service offices. 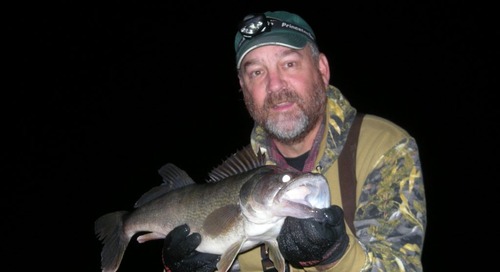 I will never tell you that fish are smart.  The biggest trophy you have ever caught in Nebraska has a brain...