Home » NEBRASKAland Magazine » Fall is On
× Share this Article

Nebraska is a place where we experience all four seasons, winter, spring, summer and fall.  Sometimes we experience two or more of those seasons within a 24-hour period. Most of the time the transition between seasons is much more gradual, much more subtle.  If you only fish a few times a year, your transition between seasons may be abrupt–spring on one trip, summer the next.  But, if you spend a lot of time on the water, if you pay close attention, you will notice subtle differences, sometimes from day to day, at certain times of the year.

Fall brings some of the best open water fishing of the year.  I have often said that I wished October would last for three months every year.  So, I am looking forward to fall, ready to take advantage of my best fall fishing patterns.  However, over the years I have learned that I can start taking advantage of the fall bite a lot sooner than October; in fact, sooner than September.  Yep, the subtle signs of fall, the fall feed, has already started. There you go, five different species caught literally from waterbodies from one corner of the state to the other.  Told you it was “on”, “on” right now, and it will continue to be “on” for the next several weeks.  Too bad that will not make any difference to many of you because you will be too busy doing other outdoor activities as the calendar turns to fall–Big Mistake!

The post Fall is On appeared first on NEBRASKALand Magazine. 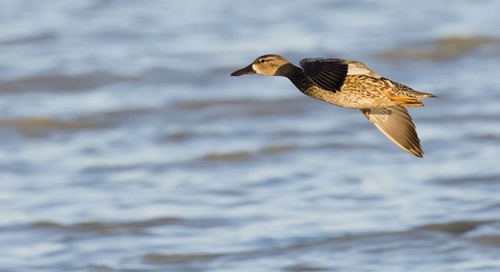 If the sound of a material like canvas or sturdy flannel being ripped brings a smile to your face as you lo...