On Nov. 12, conservation officers responded to two different complaints of deer camps, each with Louisiana hunters. Following an investigation, they cited eight men for illegal activities in Gage and Jefferson counties. Charges include hunting without permits, over-bag on game, borrowing deer permits, and several other deer regulation violations. In all, 12 illegal deer were seized, and liquidated damages were assessed. Penalties for the deer violations assessed will exceed $13,000.

Game and Parks encourages citizens with information regarding illegal hunting, fishing or trapping activities to call Nebraska Wildlife Crimestoppers at 1-800-742-7627. Callers may remain anonymous, and information resulting in an arrest may result in a cash reward.

Archery season remains open for deer through the end of the year, and the muzzleloader season will be open during December. To view a summary of deer regulations, read the 2017 Big Game Guide at Outdoornebraska.gov/guides. 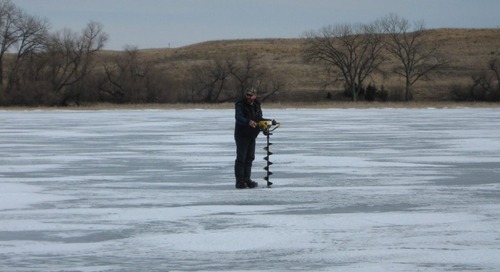 Long range forecasting of the weather is filled with uncertainty, so I will not pretend to know how soon it...

Virtual Panhandle BioBlitz is May 1-2

SCOTTSBLUFF, Neb. — The Bird Conservancy of the Rockies and Nebraska Game and Parks Commission are inviting the public to survey the natural resources of the region during the Virtual Panhandle...