LINCOLN, Neb. – Hunting often is a family tradition. It is for Riley Pollock. He began waterfowl hunting at a young age with his grandfather.

The 21-year-old from Seward was hunting with family while participating in the second year of the Nebraska Duck Slam this past season. He completed the challenge by harvesting an American wigeon, mallard, northern pintail and a teal in Nebraska during the 2020-2021 season.

Everyone who completed the Slam also received a pin and a certificate, and were entered into prize drawings for outdoor gear, hats, a print and a grand prize. Pollock was drawn as the grand prize winner of the Special Edition Ducks Unlimited Winchester Super X4 12 gauge shotgun.

Pollock says he’s been hunting all of his life, with one exception.

“Hunting has been a part of my family as long as I can remember,” Pollock said. “I’d been waterfowl hunting when I was a little kid with my grandpa. I got busy with school, and I picked it up again a couple of years ago. My grandpa wanted me to go with him again.”

Of the 903 ducks harvested in the challenge, 304 were teal, 245 were mallards, 180 were wigeon and 174 were pintails. More than half of the harvests occurred on publicly accessible lands.

Pollock, who also hunts deer, turkey, rabbit and squirrel, looks forward to spending time with his family. “I enjoy hunting with my family and watching birds work.”

A list of hunters who completed the Slam can be found at OutdoorNebraska.org/DuckSlamFinishers. 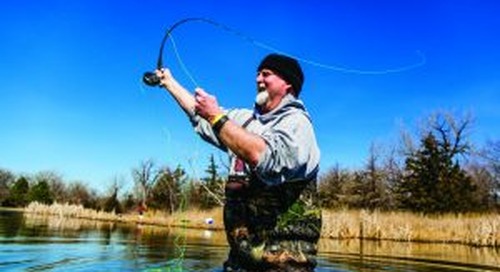 This is the first installment in a four-part series of articles on spring trout fishing in Nebraska. Next w... 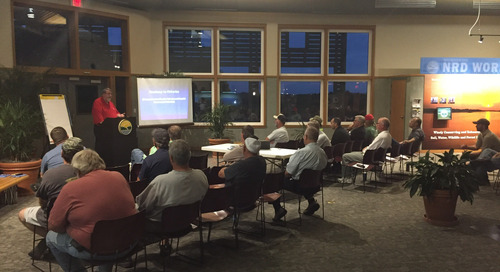 I know a lot of you have seen this already.  I am just trying to spread the word even more: Participate in ...