Among all the crazy life stories of all the crazy insects in the world, the oil beetle ranks as an elite. The oil beetle is a plant-feeding insect in the blister beetle family. As with other blister beetles, the oil beetle produces a toxic compound called cantharidin that is used to protect its eggs from predation. In addition, when an oil beetle feels threatened, it secretes a yellow substance from its leg joints (of all places) that contains enough cantharidin to cause immediate swelling and blisters to the skin of potential predators. Don’t mess with oil beetles, people.

However, blister-inducing yellow goo is only a small part of the oil beetle story. Oil beetles also go through a unique process called hypermetamorphosis as they move from egg to adult. Instead of hatching out of an egg as a slow fat grub, oil beetle larvae are called triungulin, and look like tiny little silverfish. It’s these speedy triungulin that take the oil beetle story over the top.

Shortly after hatching, oil beetle triungulin cluster together and emit a chemical that mimics the pheromone of a female solitary bee (a bee that raises broods individually, as opposed to in a colony with a queen, workers, etc.). Passing male bees, sensing the female pheromone, descend upon the mass of triungulin to mate with it. Instead, the speedy larvae crawl up onto the male bee and hang on tight. When that male bee finally meets and mates with an actual female bee, the triungulin quickly transfer to their new ride and hitchhike back to the female’s nest.

Once they arrive, the triungulin hop off the female and proceed to eat all the bee larvae in the nest, along with the pollen and nectar the female had supplied her babies with. Once they’ve destroyed the bee nest, the triungulin transform into the kind of grub-like larvae usually associated with beetles, and from there they pupate and turn into herbivorous adult oil beetles.

If you ever find yourself reaching toward a fat flightless black beetle, think carefully before you pick it up. If it’s an oil beetle, you might soon find yourself suffering from painful blistering skin. While you apply salve to your throbbing fingers, though, remember that it could be worse. At least the beetle’s larvae aren’t going to invade your home as a swarm of baby-eating marauders!  ■

Chris Helzer is the Nature Conservancy’s director of science in Nebraska. 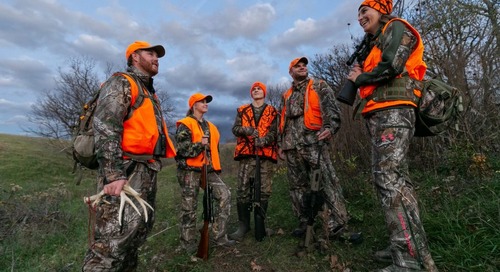 To experience the most from this year’s firearm deer season, here are the five things you have to do. 1) Fi... 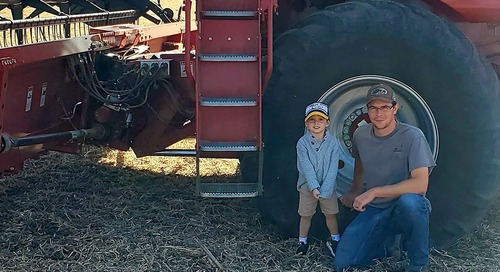 Expose Your Kids To Agriculture

Let’s face it. We are living in an era where people do not fully understand where their food originates. We...