Don’t drink while operating a motorboat

LINCOLN, Neb. – Nebraskans are urged to not drink alcohol while operating a boat during the Memorial Day weekend, warns the Nebraska Game and Parks Commission.

Boat operators can become impaired with less alcohol than motor vehicle drivers due to heat and dehydration.

In Nebraska, it is unlawful to operate a motorboat with a blood alcohol content of .08 percent or greater. Doing so constitutes Boating Under the Influence (BUI), which carries a penalty of up to $1,000 fine, up to six months in jail, and loss of boating privileges for six months. Refusal to submit to a chemical blood alcohol test will result in the same penalties as BUI.

The post Don’t drink while operating a motorboat appeared first on Nebraskaland Magazine.

LINCOLN, Neb. – Portions of the Cowboy Trail have reopened to public use following historic flooding that w... 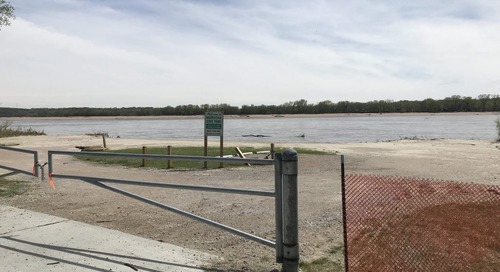 Got a couple, three news items I want to call attention to.  These news releases went out last week, want t...