EDITOR’S NOTE: A video preview and photo is available at http://netnebraska.org/news-releases/discover-nebraskas-nine-state-historical-parks-new-documentary-net. For more information, contact Kim Rogers at krogers@netNebraska.org.

The documentary, produced in partnership with the Nebraska Game and Parks Commission, airs at 7 p.m. CT, Sunday, May 23, on NET World.

Program host and narrator Stephanie Arne, an accomplished conservationist, explores each of Nebraska’s nine state historical parks, revealing the rich and exciting history available to visitors at some of the most beautiful and storied landscapes in the state.

Viewers can find out more about larger-than-life showman Buffalo Bill, discover how reenactors at historic forts bring life to the past, learn what makes a Champion Tree and walk the same path pioneers took in covered wagons traveling the California-Oregon Trail.

Throughout her travels, Arne goes behind-the-scenes digging for fossils, firing a cannon and learning about ranching past and present. She learns about the accomplishments of Eve Bowring, Nebraska’s first female United States senator; meets Philip James Little Thunder Sr., who remembers his ancestors killed in the Battle of Blue Water near Ash Hollow State Historical Park; and talks with State Archeologist Rob Bozell about how thousands of years of indigenous history and prehistoric mammal activity enriched the landscape at Ash Hollow State Historical Park.

Arne’s trip also takes her to Ashfall Fossil Beds, where she learns how ash from a volcanic eruption 12 million years ago preserved the remains of unique mammals; to Rock Creek Station where she learns about the Pony Express; and to Arbor Lodge, Bowring Ranch and Forts Atkinson, Hartsuff and Kearny, all historical parks spread across the state.

During a revealing journey of exploration and connection, Arne learns that Nebraska’s people, landscapes and history have important stories, ones that can help people understand Nebraska as it is today. But only if they’re willing listen.

“Adventures in History: Discovering Nebraska’s State Historical Parks” is an NET Connects program. It repeats at noon CT, Sunday, May 30, on NET World.

Nebraska Game and Parks Commission
Established by the Legislature in 1901, the Nebraska Game and Parks Commission works to conserve Nebraska’s natural resources. It is responsible for the stewardship of the state’s fish, wildlife, park and outdoor recreation resources in the best long-term interests of the people and those resources. For more information, visit outdoornebraska.org. 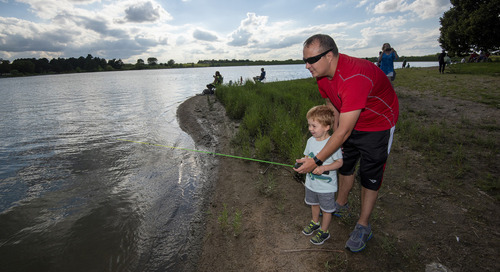 LINCOLN, Neb. – Free Fishing and Park Entry Day in Nebraska is May 22. Enjoy a Saturday of fishing or state... 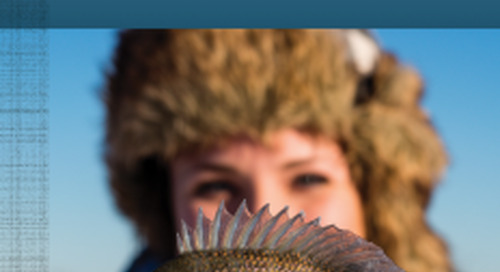 LINCOLN, Neb. — A new online guide will help Nebraska anglers correctly identify the fish on the other end ...