The Nebraska Game and Parks Commission will consider recommendations for 2023 wild turkey hunting seasons at its June 17 meeting in Lexington.

Turkey populations in Nebraska have declined 45% since their peak between 2008 to 2010. Because of that, staff will recommend changes to regulations and orders that include reducing the spring season personal permit limit from three to two, lowering the fall bag limit from two to one, shortening the fall season to Oct. 1 through Dec. 31, and requiring all turkeys be checked via phone or internet beginning with the Spring 2023 season.

Staff also will recommend a mountain lion season in the Pine Ridge similar to 2022, with a maximum harvest of four cats, with a sublimit of two females. The number of permits issued via lottery will be recommended to be lowered from 320 to 200 for the 2023 season. This change is an effort to boost hunter satisfaction by increasing the probability of a longer season. The harvest objective is to allow the mountain lion population to remain resilient and healthy, while halting growth or moderately reducing the population size. The most recent estimate for the Pine Ridge population from the 2021 genetic survey is 33 mountain lions.

The Commission also will consider approving a 2022 river otter trapping season. The proposed season would be Nov. 1, 2022, through Feb. 28, 2023, or close earlier once 125 otters have been harvested, all other checking requirements will remain the same as last year.

Additionally, the commissioners will consider changes to wildlife regulations that would:

In other business, staff will recommend changes to sportfishing regulations that would make it legal to possess and transport live grass carp and amend the list of water bodies where live baitfish may be possessed or used.

Staff also will provide a report on the Aquatic Habitat Program and an update on communications efforts in west-central Nebraska.

The post Commissioners to consider changes to wild turkey seasons for 2023 appeared first on Nebraskaland Magazine. 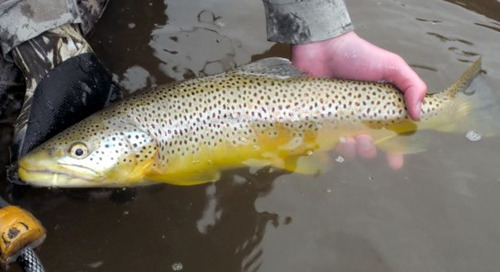 “The One that Got Away”

I have told a few stories here about “the one that got away”.  Do not get me wrong, my fishing partners and...