LINCOLN, Neb. – The Nebraska Game and Parks Commission approved recommendations for a 2021 mountain lion hunting season at its June 19 meeting in Lincoln.

Staff recommended a mountain lion season in the Pine Ridge that will have a maximum harvest of four mountain lions, down from eight in 2020. In addition, the number of permits available will be reduced by half compared to 2020.

The 2021 Season 1 in the Pine Ridge Unit, which no longer is divided into subunits, will be Jan. 2-Feb. 28. Before Feb. 28, the season will close immediately if either the annual harvest limit of four mountain lions or sublimit of two female mountain lions is reached. There will be 320 permits issued via lottery only to Nebraskans, and hunting with dogs will not be allowed.

The bag limit for each permit is one mountain lion of either sex.

The objective of the season is to provide a harvest opportunity for mountain lions that allows the population to remain resilient and healthy while halting growth or moderately reducing the population. The proposed mountain lion regulations can be viewed at nebraska.gov/nesos/rules-and-regs/regtrack/index.cgi.

Mountain lions are native to Nebraska but were extirpated by the early 1900s due to unregulated hunting, trapping, poisoning and decimation or prey species. As prey populations recovered in the 20th century due to protection by game laws, mountain lions did as well. They expanded from the Mountain West into parts of North Dakota, South Dakota and Nebraska.

The commissioners also heard a budget report and an update on the Nebraska Natural Legacy Project, which has a mission of refining and implementing a blueprint for conserving Nebraska’s flora, fauna and natural habitats through the proactive, voluntary conservation actions of partners, communities and individuals.

LINCOLN, Neb. – As part of a national effort to reduce the number of accidents and deaths related to boatin... 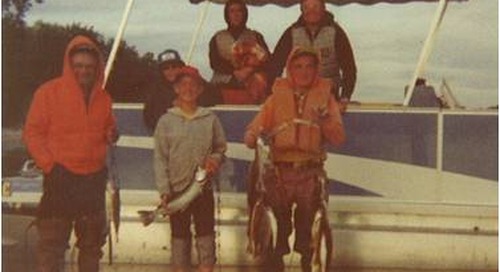 Got a good Orvis video to share with you.  It is appropriate for Father’s Day: If at all possible, take you...