LINCOLN, Neb. – The Nebraska Game and Parks Commission is looking for information regarding the illegal shooting and wanton waste of two deer a few miles northeast of Osceola in Polk County.

In the early morning of Dec. 27, 2016, a landowner reported to the Polk County Sheriff’s Office that he had heard five gunshots near his rural residence. The landowner observed a vehicle – possibly a silver pickup – leaving the area. An adult doe was found dead in a bean field 80 yards from the house, and a young buck was found injured 20 yards from the house. Both deer had been shot. The buck was dispatched by the officer.

Several other deer have been shot and left lay in the area in the past few months.

The Polk County Sheriff’s Office and Nebraska Game and Parks are investigating the incident.

Anyone with information about this case should call Nebraska Wildlife Crimestoppers at 1-800-742-7627 or conservation officer Rich Berggren at 402-619-1355. Callers can remain anonymous and might be eligible for a cash reward. 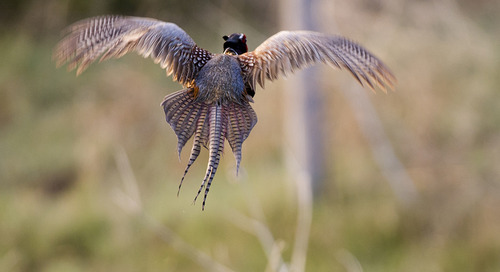 As I wrote a while back, I have roots in a region long considered one of the nation’s premier pheasant-hunt...