Some of us pointy-headed fish biologists share an adage, “The only constant in nature is change.”

If you live in Nebraska, you should know that is truth.  Our weather is always changing.  Our climate changes from year to year.  We have wet spells, dry spells.  I have heard sandhillers say, no matter how wet it has been, that we are never more than about three weeks away from the next drought.

That is life in the Great Plains.

If you have spent any time on the water, you also recognize this fact.  Fishing conditions are always changing, fish are always moving, hot bites evaporate.  If you are going to be consistently successful, you better learn to adapt and adjust.

Sure, having an idea of where and how you caught fish on the last trip or even at the same time last year is a great place to start.  But, you better have plans “B”, “C”, “D”, “E”, and “F” in your back pocket.  You are going to need them.

Let me ramble a bit and generalize about some common changes and how to make lemonade when life gives you lemons:

I already alluded to one of the biggest and most variable factors that affects our fishing.  Weather trumps everything!

Generally, the more stable the weather, the more active the fish and more consistent the bite.  When the weather changes, fish often feed heavily prior to the change and then become much harder to catch afterwards.  However, sometimes they remain just as active and just as catchable except they moved in response to light conditions, precipitation, wind direction or “all of the above”.

When the weather shifts, and you can be sure it will, start where you left off.  Look for fish close by.  They may have dropped a little deeper, they may have moved into nearby cover.  Then, if you have to, broaden your search from there.

Pay special attention to wind direction.  On large reservoirs, feeding activity is most likely on wind-swept shorelines.  Finding the bite again may be as simple as moving to the other side of the reservoir. Likewise, weather patterns and events will change water levels.  That is most true on rivers, creeks, and reservoirs, but over the past few years we have learned that even on our sandhill lakes water levels can change dramatically.

Unfortunately, high waters also often mean dirtier waters and that can complicate things.  No doubt, high, cold, dirty water can be the most challenging of fishing conditions.  When that is the case, searching for water that is even marginally cleaner can be the only hope of scratching a fish or two.  Tributary arms can be clearer as their water levels flash and then return to more “normal”.  On reservoirs, the lower end, downstream end, can take longer to muddy.

On the other hand, high, rising water tends to move fish shallow, upstream, and can produce heavy feeding activity.  When waters are high and rising, do not overlook any areas as being “too shallow” or “too far” from the main waterbody.  Fish will move right up into newly flooded cover searching for food.  Likewise they will nose up into current anywhere water is running.

Eventually, it quits raining and water levels start to drop.  Falling water levels tend to pull fish off the shorelines and towards deeper water.  An annual progression is frequently seen in Nebraska’s irrigation reservoirs as the best bite starts relatively shallow at the upper end of the reservoir in spring and early summer.  Then, as the summer progresses and water levels begin to drop, fish move down reservoir towards the lower end and off-shore. Any Ecology 101 course will include at least a lecture or three about the life and death dance between predators and their prey.  A common example would be lynx and snowshoe hares in the northwoods, and how the populations of those predators and prey cycle back and forth.  Some years the prey are more abundant.  When that happens more predators survive and reproduce and eventually they eat more prey.  Prey numbers decline, predators get hungry and their numbers subsequently decline.  The cycle repeats itself.

The same dynamics occur beneath the surface.  Throw in multiple predators and several alternate prey and things get complicated, but there is no doubt that predator/prey dynamics have a huge influence on the bite.  When prey numbers peak, seasonally or from year-to-year, expect to work hard for every fish you catch.  The trade-off is those fish will be very well-fed and could be large!

Fish tend to be most selective when prey is abundant.  At those times it can be most critical that you “match the hatch”.  Even when that is the case, exact imitations of the abundant prey usually are not necessary.  Match the size, general color, and most importantly, behavior of the prey, and it should work.  However, expect that feeding periods, although they may be intense, may not last long.  Try to identify the best spots and be there at the best times–probably low-light times like early and late in the day.

When prey numbers peak, it may pay to shift to alternate waters where the bite might be easier.  Annual fishing forecasts and sampling summaries are invaluable tools in predicting hot bites from year-to-year.

Or, you may choose to hunker-down on your favorite home water and wait for the cycle to come back around.

You can pretty much guarantee that fishing pressure will have an impact on the water you are fishing.  It likely already has.  There are no secrets anymore.  Reports of hot bites spread fast on social media and smart phones.  Sometimes I joke that the worse thing an angler can do is catch a fish.  When you do, you may attract a lot of unwanted attention, and then your secret spot ain’t a secret anymore.

To be consistently successful in today’s fishing world, you gotta be a step ahead of other anglers.  How can you do that?  First of all, forget about following “fishing reports”.  By the time you hear about it, you are too late.  You have to identify hot bites and be there ahead of everyone else.  Again, sampling data from fisheries biologist are very useful.  Doing your homework on the species you pursue and the waters you fish will put you ahead of the crowd.  Then, go further and fish harder than everyone else.  When everyone else is zigging, you zag.  Play your hunches.  Sure, there will be trips when the skunk survives, but there will also be trips where it comes together and pays off, big time.

Be versatile.  Fish for a variety of species using a variety of techniques.  Master several reliable techniques, but do not get stuck in a rut.  Experiment with new baits and new presentations.  There is always something new to learn and there are always better ways of doing things.  Try to identify new baits and presentations before they are mass-marketed in the big sporting goods chain stores.  Once everyone else finds out about it, you are too late.

It is disheartening when the crowd catches up and your bite goes away.  There is not much you can do about it, shrug it off and set out for the frontier, again.  That will make you better.  And the cycle will repeat itself. . .but, you will catch a lot of big fish along the way. 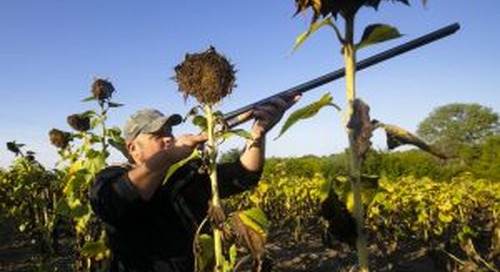 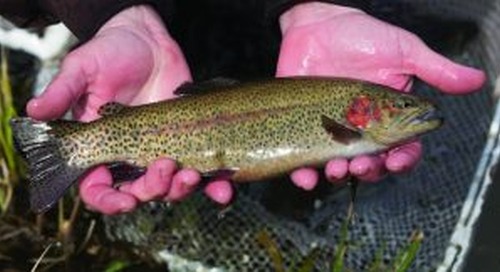 LINCOLN, Neb. – Catchable-size rainbow trout were stocked in Gracie Creek Pond on Aug. 19 after the recent ...