New to the event this year is the Kiwanis Regatta canoe race, which is being moved from its usual date later in the summer. Registration begins at the park’s pond at 2 p.m.

The Run for the Hills foot races, which include a 5k, 10k and a shorter fun-run or walk over the rugged Pine Ridge terrain, will begin at the junction of the Black Hills Overlook at 8 a.m. Registration and course information may be found at pineridgetrailsraceseries.com.

There also will be a classic car show at the park’s baseball field and a wide variety of displays and activities at the park’s newly renovated Trading Post. The building received a new floor, counters and other features over the winter.

Other activities include live music, an opportunity for kids to dive for money, discounted horseback rides, free paddle boat rides, archery and pellet gun shooting, nature and blacksmithing displays, and a lunch of buffalo sloppy joe or hot dog lunch for just 98 cents – appropriate to the park’s age, just one penny more than it cost last year.

Among the displays will be the Nebraska Game and Parks Commission’s trailer that houses many impressive taxidermy mounts that were confiscated because of game violations.

The anniversary celebration is open to the public free of charge, but a Nebraska Park Entry Permit is required for vehicles.

Following is the schedule: 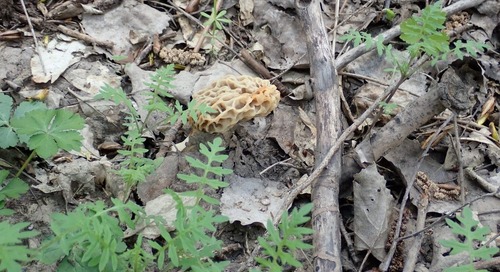 Back to the Future

Most of you know that I am all fishing, all the time, but I love to hunt and trap too.  I seldom go more th...