Home » NEBRASKAland Magazine » Catch & Release on Ice, Do It Right!
× Share this Article

Catch & Release on Ice, Do It Right!

I am thrilled to say that we still have ice and it looks like we are going to be ice-fishing for at least a little while yet.  I have drilled up to 16 inches of ice in the past few days.  Whoot, whoot!  As a matter of fact, the conditions I fished in this past weekend were as “raw” as any I have fished all season.  That reminded me of a subject I have not mentioned yet this ice season–the importance of proper fish-handling when releasing fish caught through a hole in the ice.  Found this video by hard-core muskie angler Pete Maina that pretty much sums it up:

I was especially reminded of this topic this past weekend when cold and snow made fish handling more challenging and more critical.  Let me re-emphasize the importance of having hook-removing tools ON YOUR BODY!  While you rummage around trying to find a pair of pliers or some forceps, the clock is ticking.  The best chance fish have to survive catch and release is to be back in the water from which they came ASAP!  While panfish fishing, I have a pair of forceps clamped to my bibs, readily available, or another tool that I would highly recommend would be the “T2 Toothpick“!  When pursuing larger predator fish with larger baits, a pair of needlenose pliers is in a pocket, at the ready, and often my jaw-spreaders and hook-cutters are in that pocket too.  Fish like you expect to catch ’em!

Fins, eyes, and slime-coats are particularly sensitive to freezing, and when air temps. are as cold as they have been recently, that can happen in seconds.  Let me mention another product I have been playing with this winter:  Ice Well Live Well. Fish out of the water for any time over my past few days on the ice were in danger of freezing, so my partners and I set up a “measuring and picture-taking station” with the Ice Well Live Well.  Exceptional panfish could be slipped into the “live well” and kept in the water while the measuring board was wetted and the camera was readied.

I have said it before, will say it again now:  Catch & release is a fact in modern sport fishing–you will be doing it either by regulation or by choice.  Make sure you are doing it right, even on the ice! The post Catch & Release on Ice, Do It Right! appeared first on NEBRASKALand Magazine. 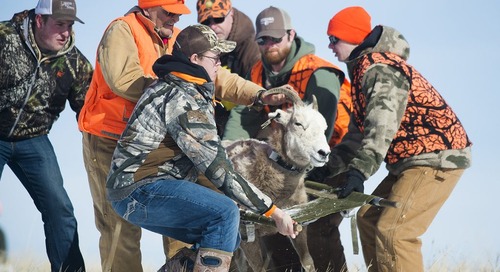 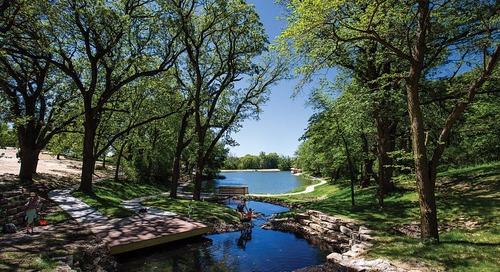