The Peregrine Falcon eyas at the Capitol was successfully banded this morning.  We also determined the youngster is a male.  Below are a few photos from this morning’s fun. The last photo shows Betsy Finch of Fontenelle Forest’s Raptor Recovery providing an update on the status of 19/K, the adult male falcon who was found injured and who was recovered on Monday.  19/K made his was to and is being treated by Fontenelle Forests’ Raptor Recovery.  Betsy stated 19/k suffered a dislocated elbow and is now recovering.  It will be a couple to a few weeks before we know much more about his prognosis.   The good news is there is at least a possibility he could be released back to the wild. Good news, indeed, but it may be prudent to temper expectations.

It may be helpful to have a quick refresher on bird anatomy.  The wrist joint is sometimes confused with elbow joint on birds.   The simple graphic below may be helpful. The banding was broadcast live on the Nebraska Game and Parks Commission Facebook page and it can still be viewed there if you are interested.  The Name-the-chick contest will commence shortly.

As always, the banding is a team effort.  Many thanks to Betsy Finch, Denise Lewis, Elaine Bachel and Madison Brandon with Fontenelle Forest’s Raptor Recovery, as well as Bob Ripley, Mark Tonjes, Roxanne Smith, and Brett Daugherty with the Office of the Capitol Commission, the Nebraska State Patrol, and Lauren Dinan with the Nongame Bird Program at NGPC.   Also thanks to Dylan McCaugherty and Alyssa from our Communication Division for making the live Facebook broadcast possible.  Thanks to the Raptor Center at the University of Minnesota for their technical assistance. 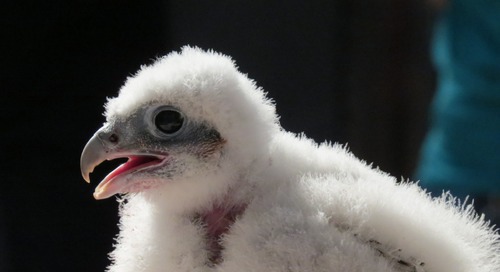 With this year’s banding successfully completed, it is time to commence the “name-the-chick” contest.  Once... 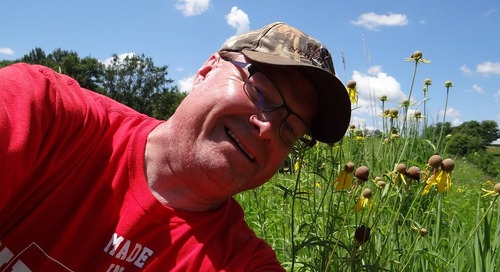 I’m a lover of wildflowers. Seeing, smelling, identifying and just being amid native wildflowers are on my ...