Home » NEBRASKAland Magazine » Buttes of the Breakout
× Share this Article

Buttes of the Breakout

The Cheyenne Buttes provide one of the most scenic vantage points in the Pine Ridge. They also are forever tied to an event from Fort Robinson State Park’s history as a U.S. Cavalry post and got their name from a notorious event. Historians rate the happenings of Jan. 9, 1879, among the most significant events of the Indian Wars.

While that day is certainly important, it is just one day among a period of more than three months.

The previous October, the Cavalry intercepted 149 Cheyenne warriors, women and children led by Chief Dull Knife, who were attempting to return to their Powder River region homelands from Darlington Agency in Indian Territory in present-day Oklahoma. After capturing the Cheyennes south of Chadron, the soldiers took them into custody at Fort Robinson.

At first, the Cheyennes were allowed to leave the building. By January, however, the situation became dire as officials in Washington, D.C., insisted the group return south, and the Native Americans were just as insistent on moving north. The Cheyennes refused to return to the southern agency, which by all accounts had become a hellhole, and the officers at Fort Robinson eventually attempted to force them into submission by withholding food, water and firewood.

The group was determined to escape, and what happened next would come to be known as the Cheyenne Breakout and the “Fort Robinson massacre.” At about 9 p.m. on that cold January night, after four days of hunger, the Cheyennes busted through the boarded windows of the log barracks. The escape was aided by weapons they had smuggled into the building, and soldiers guarding the barracks became the first casualties of the event.

The Cheyennes followed the banks of the White River until they headed north and scaled the cliffs that would later bear their name. Traveling northwesterly, the landscape of the Pine Ridge helped them avoid the cavalry soldiers.

Some made it as far as a hiding spot on Antelope Creek 35 miles away before soldiers caught up with them, but all of the escapees were eventually either killed or recaptured. The tragedy resulted in the death of 64 of the Native Americans and 11 soldiers.

While most historical materials refer to the event as the Cheyenne Outbreak, modern historians have preferred the term Cheyenne Breakout, as it provides greater respect to the Native Americans and more accurately portrays the event. “Outbreak,” they say, is a term often used to describe disease and has connotations the Cheyennes were the source of the trouble.

Today, History Nebraska has many resources available at the park to commemorate these events and others of the Indian Wars.

In 2003, the agency reconstructed the barracks where the Cheyennes were held captive, and a striking monument memorializing the incident was installed below the Cheyenne Buttes on land owned by Chief Dull Knife College just west of the park in 2016. Three historical markers also tell of the events.

Perhaps it is the characteristics of the buttes, which are rugged enough to provide some of the region’s best bighorn sheep habitat, that best represent the struggle and determination of the Cheyenne people. When standing on the landforms, looking over the White Valley and a herd of bison grazing below, it is fitting to think of that cold night in January and pay respects to this region’s checkered past.

May the buttes forever carry the Cheyenne name so visitors will not forget the role they played in bringing hope, albeit brief, to a determined group of cold and hungry Native Americans.  ■

Getting to the Top

Visitors to Fort Robinson State Park need not recreate the physical feat of the Cheyennes to experience these views. They may instead use/hike/walk the more agreeable Cheyenne Butte Trail. A fenced viewing area is accessible from Smiley Canyon Scenic Drive, about 400 feet above and
1 mile from the road’s easternmost parking lot. In summer, Fort Robinson offers guided Jeep rides to this location.

The post Buttes of the Breakout appeared first on Nebraskaland Magazine. 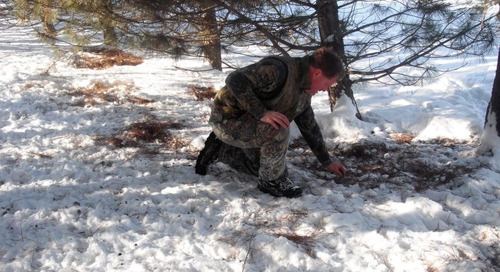 Foraging for wild foods on a cold, snowy day in Nebraska’s wintry landscape is an interesting and enjoyable... 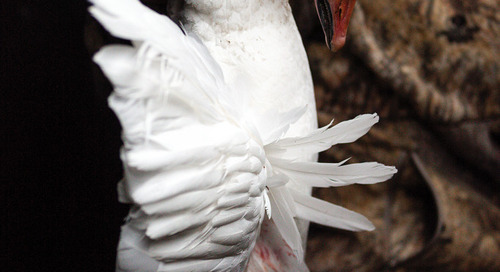 Hunting the late-waterfowl season is not for the faint of heart. Thick ice, biting temperatures and freezin...