LINCOLN, Neb. — Buffalo Creek Wildlife Management Area, located about 7 miles southeast of Gering in the rugged Wildcat Hills escarpment, has been closed because of a wildfire that is burning on the property.

Officials believe they have been able to evacuate all people from the property, which was getting heavy visitation on the opening weekend of firearm deer season. The fire’s cause is undetermined.

Members of the public are encouraged to stay away from the area, both for their own safety and to make it easier for crews to access the fire. 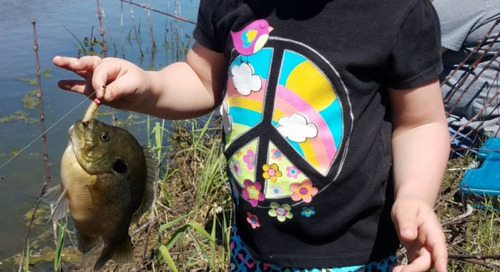 We had the Take ‘Em Fishing Challenge again in 2021.  The deadline for participation was the end of October... Several weeks ago I blogged about “Scary Stuff” and how a little thrill now and then keeps us alive.  In ou...