Some of you are going to want to know the status of these boat ramps for this weekend:

It’s been a hot, dry summer, and boaters visiting Lake Minatare and Box Butte state recreation areas may find launching and loading boats to be a challenge in coming weeks.

Because of low water levels, the docks have reached the end of their track systems, making them unusable until the water rises sometime after irrigation season.

Dan Thornton, Lake Minatare superintendent, said the dock there is expected to be completely out of the water before the coming weekend.

“There isn’t much rock at that end of the ramp, so putting boats in will be difficult at best,” he said.

Robert Hughes, Box Butte superintendent, said the dock is not in the water there, but about 50 feet of ramp remains there and the lake should remain accessible to boat trailers.

Another Panhandle reservoir, Whitney Lake, has been unconducive for launching boats for several weeks as low water has left its ramp and dock high and dry.

And here is another news release on more boat ramps:

Extremely low water levels at two central Nebraska irrigation reservoirs are challenging boaters. The Nebraska Game and Parks Commission is asking them to use their best judgment when launching at Calamus and Sherman reservoirs, as many ramps are closed.

At Sherman, Thunder Bay is closed to boater access, but Marina Bay is accessible.

Boaters with large boats, such as pontoons, may have difficulty loading and unloading at these reservoirs.

I know someone will ask.  Here is the latest update from the Lake McConaughy FaceBook page:

OUTDOOR/BOAT RAMP UPDATE:
Lake elevation is at 3,219.1 feet (38.4% of capacity) this week, and there is now only one ramp in service on Lake McConaughy:
*Martin Bay Low Water Ramp (near base of dam)
*Both Lake Ogallala ramps are also in service
Note: Van’s Lakeview Fishing Camp continues to provide boat launch service on the south side of Lake McConaughy.

Have a great weekend!  One way or another get on the water! 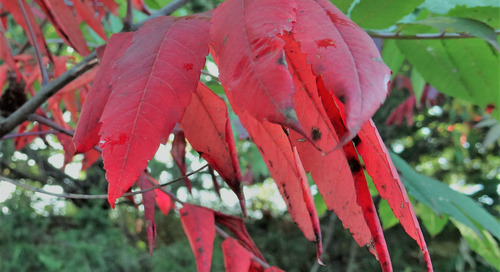 Venture Outdoors for an Autumn Adventure in Nebraska

The calendar indicates that it is not fall yet. I believe that after Labor Day, the fall season begins. Wha...