My buddy and co-blogger Greg Wagner posted a great blog on catch & release again last week.  I know a lot of people see his “stuff”, but I want to spread it around even more.  So, yes, again I am being lazy, Greg already did the work, all I am doing is suggesting you follow the link and READ IT! Greg does a great job explaining why the release of fish, especially big fish is important.  It is most critical for catfish species in Nebraska because they are some of our slowest-growing sport fish.  Channel, blue, and flathead catfish are all warm-water fish, no doubt about it.  They are capable of reaching large sizes in Nebraska waters if they are given a chance, but it takes dozens of years for those fish to reach “trophy” size in a northern state like Nebraska.  Harvest one, and it could take a long time for that fish to be replaced.

Fortunately, big catfish are very releasable.  With care and proper catch & release techniques, trophy catfish can be caught, released, “recycled” and caught again, over and over.  High-quality fishing can be produced and maintained by releasing big fish, specifically big catfish.

This is especially relevant considering the report of a HUGE blue catfish that was caught and released last weekend. . . . This blue cat he caught last weekend likely weighed over 100 pounds!  Here is a short video clip of one weighing of the fish.  Notice the excellent fish handling!

Could that fish beat the existing rod & reel state record for blue catfish?  Yes, I believe it very well could have.  I have noted more than once that there have been blue catfish caught in recent years that I believe would have been new state records.  However, none of them have been verified as they need to be weighed on certified scales in order to qualify as a state record.  To do that, it likely means the fish would not be releasable.  The anglers who have caught these big blues have believed it more important to release those fish than to claim a record.  My hat is off to all of them!  Well done!  Your sportsmanship and care for the resource are commendable!  If Wes Puffer wants to claim the unofficial catch & release state record for blue catfish, he can!

Let me finish by noting our rod & reel state record for flathead catfish was broken just a couple of years ago.  The angler who did that also released that fish!  He was prepared to haul a catfish of that size in a large tank in the back of a pickup.  By doing that he was able to get the fish to certified scales and meet all the requirements for certifying a state record.  It is possible, it can be done, and again a huge THANK YOU to those anglers who are releasing those big fish! 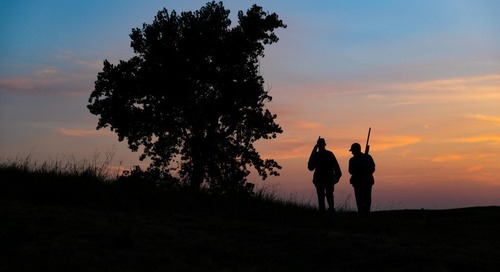 With the annual dove season opener on Sept. 1, the Nebraska Game and Parks Commission has some reminders fo...