Despite the terrible news about 19/K, we will be going forward with our plans to band the three week old eyas tomorrow.   Since the banding is NOT open to the public and Capitol security actually closes off the area where the banding takes place, we have made arrangements to broadcast the event LIVE! via the Nebraska Game and Parks Commission Facebook page.  So tune in HERE, tomorrow at 10 a.m. We will strive to start the broadcast immediately at the top of the hour, but please be patient if the action does not begin at 10 a.m.  Also, there may be brief portions of the broadcast where there will be limited activity on the video feed.  Don’t worry, we’ll show all the good stuff.   Be there or be square! 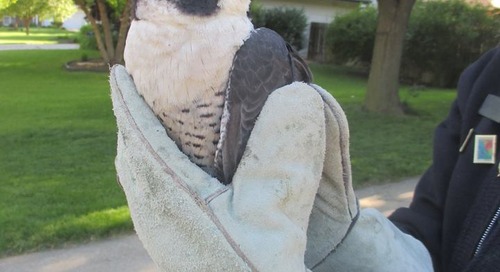