The Bald Eagle’s comeback continues unabated.  We just finished crunching the numbers for 2017 and our estimated total of active nests in Nebraska last year is 209.  This is the first time Bald Eagles nest numbers have exceeded 200 in Nebraska in recorded history.   The species likely bred historically, but was extirpated prior to 1900.  In 1991, Bald Eagles successfully nested in the state for the first time in more than a century.  The 2017 total also represents a 29% increase over the total of 162 active nests recorded in 2016.  Below is a graphic illustrating the increase in active nests since 1991.  Also shown in this graphic is the number of nests surveyed (a proportion of surveyed nests are inactive each year). You may have noticed the references to a new survey method in the figure.  This is an important aspect of the 2017 survey.  There are two basic realities about the continual increase in nest numbers over the years.  The first is that more nests require more time and resources to survey.  The second is that with an increasing and healthy breeding population, there is less need to focus as much attention on Bald Eagles as has been devoted in the past.  Thus, in 2017 we developed a new survey methodology where we sample only a proportion of the known nests in the state.  We extracted information from our database of nesting Bald Eagles using a statistically-based algorithm widely used in population biology to generate an estimate of the probability that a nest active one year will be active the following year.  In this case, we used that estimate to predict the number of nests that were active from the group of nests that were not checked in 2017.  We also used opportunistically collected or received data in our total number of active nests.   It gets somewhat confusing quickly, but if you are interested in the number crunching or want more details about the 2017 nesting season, please check out our 2017 Bald Eagle Nesting Report. Bald Eagles continue their comeback in Nebraska.   As prime nesting territories are already occupied, birds will continue to nest in places thought unsuitable not long ago, including spots relatively close to human activity.   At some point, the increase in numbers should level off.  When that will occur remains unknown. 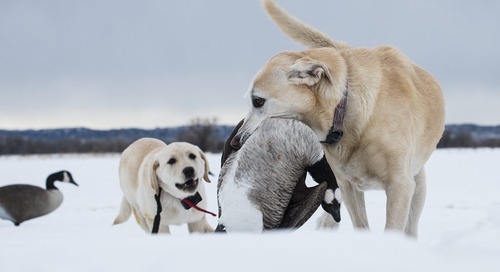 Goosing for the future down by Chimney Rock

The calendar tells me that today is World Wetlands Day so it seems appropriate to thank those who work to c... 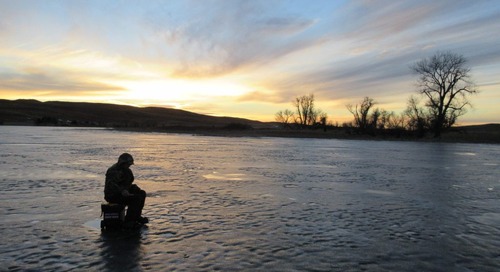 I did not get a blog post up today; not because I have nothing to blog about, believe me I have plenty, but...