GERING, Neb. – There may be a new state record among bighorn sheep harvested in Nebraska. Archery hunter Jason Bruce of Lockeford, California, claimed success during Nebraska’s bighorn sheep season with a massive ram taken on private property in the rocky Wildcat Hills near Gering on Saturday, Dec. 2.

Todd Nordeen, the Nebraska Game and Parks Commission biologist who manages Nebraska’s bighorn sheep program, said the mature ram, estimated to be 10 years old, had a gross score of 195 1/8 and netted 193 5/8 on the Boone and Crockett scale. The record will become official if the score still surpasses the current record when the horns are measured again after a 60-day drying period. Nebraska’s current record bighorn, harvested by Lincoln hunter Terry Bogle with a rifle in December 2015, scored 190 5/8.

The Boone and Crockett system derives scores with measurements of the horns’ length, their spread and four points of circumference on each side.

Bruce, who won his permit by auction, is one of just two hunters awarded a Nebraska bighorn sheep permit this season Nov. 28-Dec. 22. Jack Nemeth of Chadron won the other permit by lottery. Hunters may choose to use rifle, muzzleloader or archery equipment, as long as the weapon meets requirements for caliber, power or draw weight. Bruce’s ram is only the second taken by archery since Nebraska’s hunting program began.

Proceeds from the hunts help fund bighorn sheep management and reintroduction efforts in the state. This marked the Nebraska Game and Parks Commission’s 22nd bighorn sheep hunt since the first one in 1998. 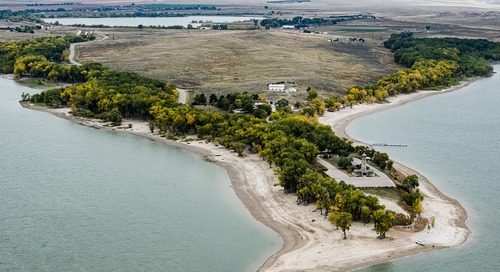 MINATARE, Neb. — The public will have a special opportunity for viewing birds during an event at Lake Minat... 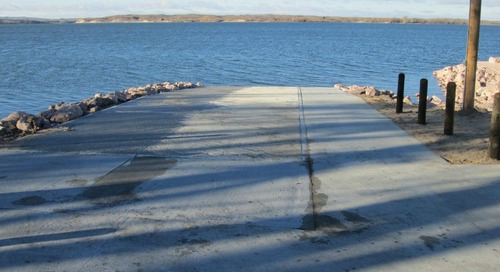 Got a couple of updates on Aquatic Habitat/Angler Access/Renovation projects.  As a matter of fact, I blogg...