Short blog post today, just want to update folks on some of the Aquatic Habitat work that is in progress right now:

LINCOLN – Users of the Valentine National Wildlife Refuge will continue to see construction and equipment along public roads and trails until freeze-up as an aquatic habitat project progresses there.

Road and trail closures could occur for short periods as the project progresses. Access for ice fishing this winter should not be affected.

The project focus is to address the presence of invasive common carp in the system and prevent their passage through existing water control structures.

Control structures, berm improvements, fish barriers and dredging were planned at Watts, Hackberry, Dewey, Whitewater, Clear, Pelican and Willow lakes. Work has progressed and construction has been partially completed at Watts, Pelican, Whitewater, Dewey and Hackberry Lakes. A water control structure and barrier near completion at Willow Lake is designed to limit upstream carp movement and reduce numbers of carp migrating into the refuge lakes.

Progress has been made with channel clean-out between the lakes by using heavy equipment for excavation and a hydraulic dredge. This will allow U.S. Fish and Wildlife Service (USFWS) biologists to more effectively manage lake water levels to enhance sport fish populations and waterfowl habitat in the future.

The project is a partnership between the Nebraska Game and Parks Commission, using Aquatic Habitat Program funds, and the USFWS.

The work being done on the Valentine National Wildlife Refuge right now is part of a refuge-wide plan.  That plan started with some large scale surveying using the latest in technology to better understand how water moves between lakes on the refuge.  With that knowledge, we will have a better plan of attack and the tools to implement better control Common Carp on the Valentine Refuge.  Less Common Carp eventually will lead to better waterfowl habitat and better fishing!  The work being done on the Refuge now is just the first prong of that attack, but I will tell you that I am very excited about the future of fishing on one of my longtime “home” waters!

Deer hunters encouraged to participate in Hunters Helping the Hungry

LINCOLN – Hunters are invited to donate deer to the Hunters Helping the Hungry (HHH) program this fall so g... 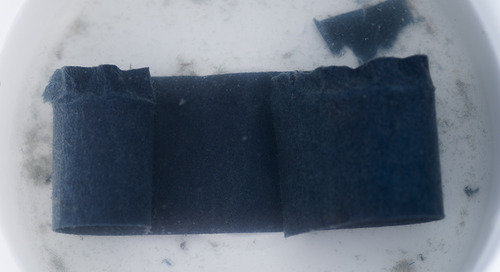 More to ‘The Hull Story’

Readers who received the November issue of NEBRASKAland may have seen “The Hull Story,” my article about ec...