After a banner year, winners announced for 2018 Great Park Pursuit

Teams visited up to 20 Nebraska parks and areas of outdoor interest, logging their visits to enter drawings for various prizes. The Furr Fam team claimed the $1,500 grand prize, while other teams took home a $750 outdoor package, an iPad, and a two-night cabin stay in a Nebraska state park, among other prizes.

New this year was the incorporation of a Great Park Pursuit app for Android and iOS. “The app we created made it easier than ever to participate,” said organizer Tracy Stratman.

The program also saw a significant increase in participation. This year, 818 teams took part in the challenge, an increase of more than 50 percent, and park visits were up nearly 20 percent from last year, Stratman said. Teams may hold as many as 10 people.

“Over the past decade, the Great Park Pursuit has provided families with a unique opportunity to enjoy the outdoors together and discover ‘their’ amazing Nebraska parks,” said Jim Swenson, state parks director for the Nebraska Game and Parks Commission. “The success of this program confirms the relevance of the parks as desired recreation destinations, and it’s rewarding to provide this fun challenge for everyone to enjoy.”

A full list of winning teams can be found at negpp.org. Registration for the next Great Park Pursuit begins in April 2019.

LINCOLN, Neb. – One of the tallest climbing walls in the region is now open at Eugene T. Mahoney State Park... 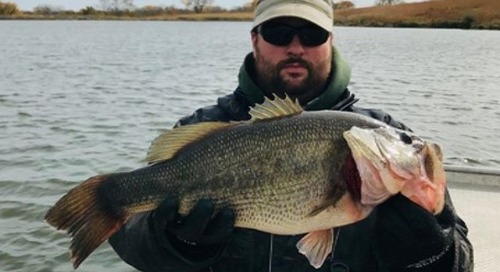 Our Nebraska Game & Parks Commission fisheries biologists are finishing up their fall fish sampling around ...