It wasn’t until I finally shot the turkey that I noticed what had happened to my boot. It was twice as large as normal, a clown shoe of sorts, and the first line of my internal dialogue was “I don’t feel injured.”

Yet something still wasn’t right. Both of my feet were wet, as they often get when turkeys pitch down from their roost on the wrong side of the creek and I’m forced to quickly head them off. But these boots had been wet and muddy before. They were my three-season, do-everything walking boots that have accompanied me everywhere from Dawes to Richardson counties and all places in between.

Now I had a massively swollen foot – so swollen, I thought, that I must have broken something when I slipped from a dirt wall I was trying to climb earlier in the morning. Yet it didn’t hurt at all. Perhaps I was in shock. I sat on a log and looked at the sole of my boot. Through the caked-on mud I could see my sock. My sock? Why was I seeing my sock?

Then I smiled, finally understanding that this is what a boot looks like when you’ve worn it so much that you have completely torn out its rubber sole.

Some might believe a boot isn’t worth its weight if it doesn’t last a certain number of years, but I’m not one of those. I remembered a conversation I once had with former NEBRASKAland writer Jon Farrar. Every gun, he said, needs at least a few scratches on it.

I think boots do, too. And, if they get enough scratches, they will fall apart on their lucky owner.

Quite often, I am approached by a friend or colleague trying to convince me that I need the newest in new technology or gear. I usually counter with the question, “Do you think it will hold up?” I need rods and reels that can outlast a trip or two down a dusty Sandhills road, a bow that won’t rust when I want to archery hunt during a rainstorm, and a pair of boots that will, at some point, spontaneously combust – yet only after leading me on one of my most memorable turkey hunting ventures of the season. ■ 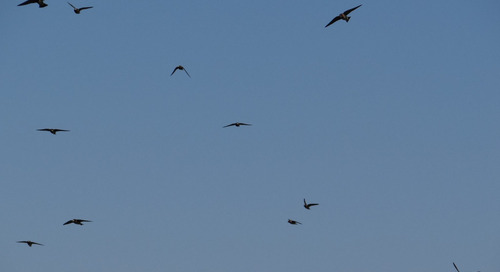 Cool Cliff Swallows (Of The Big Papio And Beyond)

You can’t miss them. You really can’t. Around bridges over rivers or creeks this time of year, they immedia... 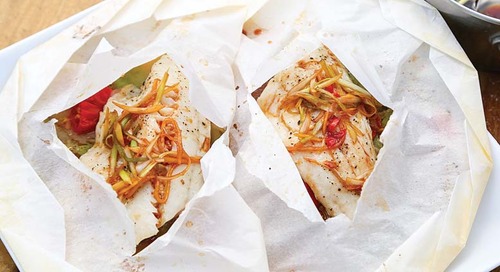