A Different Kind of “Apple”

You see the yellow-green, grapefruit-sized, brainy-looking fruit at grocery stores, farmer’s markets, garden centers, and other locations this time of year.

Maybe you’ve seen them scattered about the ground along the edge of an old shelter belt or fence line while hunting or hiking?

Whatever the scenario may be, look closely at the fruit. It sure is strange, isn’t it?

But, what exactly is it? Where does it grow? Is it native to Nebraska, or how did it get here? Is it really good for anything?

Commonly call a “hedge apple,” this is the fruit produced by the Osage-orange tree (Maclura pomifera) which is a member of the Mulberry or Moraceae Family. It has other common plant names include bodark, bois d’arc, bowwood, mock orange, monkey brain and horse apple.

The “hedge apple” is indeed the fruit of the Osage orange.

It is a small- to medium-sized deciduous tree that commonly grows about 30 to 40 feet tall, but may go higher. The tree has a short trunk and a rounded, irregularly-shaped crown. The leaves of the Osage orange are a shiny medium to dark green and turn yellow in the fall. The twigs are buff to orange-brown and are armed with 1/2-inch long sharp spines.

This thorny tree provides nesting and cover for wildlife such as songbirds.

The stems and fruit of the Osage orange exude a milky, latex-like sap when cut that can cause irritation to the skin. This sap has been used to make glue and lacquer.

The Osage orange is what we call dioecious, meaning that male and female flowers are produced on separate trees. The small, green flowers appear in May or June.

The female trees produce 4- to 6- inch-diameter fruit which ripen in September or October and fall to the ground. The “hedge apple” or “hedge ball” is an aggregate fruit composed of numerous one-seeded druplets.

Named after the Osage Native American tribe which lived near the home range of the tree, and the aroma of the fruit after it is ripe, the Osage orange originally came from the southwestern United States in a small area of eastern Texas, southeastern Oklahoma, and southwestern Arkansas.

It was a curiosity when Meriwether Lewis sent some slips and cuttings of Osage orange to President Jefferson in March of 1804.

The Osage orange is now considered to be “naturalized” throughout much of the eastern and central regions of the U.S.

The Osage orange’s reputation for tolerating just about any environmental stress thrown its way is likely the reason it was so popular on farmsteads as a hedge addition. Settlers learned that it was easy to transplant, fast-growing, tolerated a wide range of soils, extreme heat and strong winds and had no serious insect or disease problems. Armed with wicked thorns, they found it was an ideal hedge plant from a security standpoint for their livestock.

During the mid-nineteenth century, Osage orange trees were widely planted by Midwest farmers as a living fence. When pruned into a hedge, it provided an impenetrable barrier to hogs, cattle, sheep and even horses.

But the wide spread planting of Osage orange stopped with the introduction of barbed wire. Since that time, many of the original hedges have been destroyed or died. In Nebraska, Osage orange trees remain in various places along old fence lines, windbreaks, pastures, shelter belts and ravines.

The wood of this species is hard, heavy, durable, naturally rot-resistant and somewhat flexible. It has been used for archery bows, furniture, decks and fence posts. Archers actually consider the wood of the Osage orange to be the world’s finest wood for bows.

This tree also produces a bright yellow dye which can be extracted from the wood.

According to University of Nebraska researchers, dried Osage orange or “hedge” is highest in BTU’s of dried wood from native trees when used as firewood. However, burning the wood results in considerable sparking.

The fruit of the Osage orange is rather interesting.

It has a fruity, citric fragrance and is inedible to humans, even though naturalists say the seeds are edible. They supposedly taste somewhat like raw sunflower seeds but take a lot of work to get.

Hedge apples are not an important source of food for wildlife as most birds and animals find the fruit unpalatable. The one exception seems to be the fox squirrel which will shred the fruit to get those oblong seeds it wants to eat.

While the fruit have been suspected of being poisonous to livestock, studies conducted in several states have been negative. However, the fruit may cause death in ruminating animals like cows by lodging in the esophagus and preventing the release of gases.

The belief about the use of hedge apples for insect control is widespread but has been dispelled as a myth by experts.

The claim is that by placing hedge apples around the foundation of a house or inside a basement or garage, or even in drawers and cupboards, that they will repel or control insects.

Several years ago, Iowa State University toxicologists extracted compounds from hedge apples. When concentrated, these compounds were found to repel insects. However, the scientists also discovered that natural concentrations of these compounds in the fruit were too low to be an effective repellent.

Furthermore, according to the University of Minnesota Extension Service, the essential oil of Osage “oranges” is a repellent to German cockroaches, but this “doesn’t explain why using whole, intact Osage orange fruits would control spiders and insects.”

So, if they don’t repel insects, why do people buy them? Tim Smith, former botanist for the Missouri Department Of Conservation, says it’s because these fragrant, sticky fruits appear about the same time spiders and other insects are on the decline. He points out that this decrease happens anyway as colder fall and winter temperatures arrive, and heated houses provide a less humid environment for bugs.

But these big, impressive fruits must be good for something, right? Yes.

They’re bright, textured and fragrant, and they can look and smell awfully nice in a seasonal arrangement in the entry way of your home or on your dinner table.

My wife puts them in bowls and baskets sometimes with other fresh fall produce and foliage in our kitchen.

So, on your next fall hike, carry a basket, pail or sturdy sack and collect some. Before gathering, be sure to get landowner permission, watch for poison ivy and observe caution around the trees because of their thorns and possible falling fruits on blustery days. Rubber or latex gloves are also suggested to be worn due to the sticky, white juice in the fruit that can be an irritant to the skin.

Be careful, have fun!

The post A Different Kind of “Apple” appeared first on NEBRASKALand Magazine. 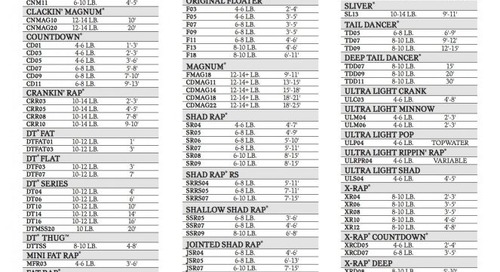 I was listening to a podcast by KVD last week.  No, not Karl VonDibble, the other KVD, the real KVD.  Kevin...

Future of Nebraska’s fisheries to be discussed at public meetings

LINCOLN – The public is invited to attend informational meetings across the state in October regarding the ...