Let me apologize for leading this post with a photo captured outside Nebraska. As much as I’d like to claim that image, the credit instead goes to my wife Cricket who was riding shotgun while I was behind the wheel. It tops any elk photo I’ve ever shot and I might be a tad jealous.

She did a great job composing the scene, but dare I suggest that a few others deserve credit for that image? We must also step back many decades and give credit to leaders such as Theodore Roosevelt, Stephen Mather, John Muir and Horace Albright and many more. Those gentlemen might not have known what to do if you handed them a digital camera, but they are always mentioned as innovators who created and built the National Park Service. Since the park service is celebrating its 100th birthday this week, it seems an appropriate time to pay tribute.

After binge-watching the outstanding PBS series “The National Parks: America’s Best Idea” this spring, I made it a goal to visit a national park this summer. A few weeks back, with summer dwindling and school nearing, the family and I made a late decision to visit Rocky Mountain National Park in Colorado. The above photo was taken along that park’s spectacular Trail Ridge Road, which we traveled alongside countless other visitors who were treated to the similar scenes that day. It was one of the least expensive things we did on our mountain vacation, and both of our kids rated it the best. With my daughter entering fourth grade, we look forward to visiting as many sites as possible as part of the new Every Kid in a Park program.

The spirit of conservation and preservation spurred by Roosevelt and others in creating the national parks has produced countless benefits our society sometimes takes for granted. The philosophy that created parks such as Yellowstone and Yosemite led to the creation of many other public lands, managed by federal, state and local entities. Here in the Panhandle we’re proud to claim the National Park Service’s Scotts Bluff National Monument near Gering, Agate Fossil Beds National Monument near Harrison, and Chimney Rock National Historic Site near Bayard. Also nearby is the Niobrara National Scenic River. Farther east in Nebraska is Homestead National Monument and the Missouri National Recreational River. Five national historic trails also course through our state.

In Dawes and Sioux counties, the Pine Ridge Ranger District of the Nebraska National Forest and Oglala National Grassland (both managed by the U.S. Forest Service) are also terrific assets. I also love my visits to nearby Nebraska national wildlife refuges — Crescent Lake, Valentine and Fort Niobrara — managed by the U.S. Fish and Wildlife Service.

In a state that is more than 97 percent privately owned (which puts us near the top of the list), I’m fortunate to live out west where we have access to more public land than our friends do down east. Throughout Nebraska, however, the Game and Parks Commission manages state parks, state recreation areas, wildlife management areas, state historical parks and state recreational trails – each with different roles but open for you and me to enjoy. Our Open Fields and Waters Program provides access to even more places for hunting and fishing, and other entities such as natural resource districts also provide great places for people to connect with the outdoors.

Regardless of your stance on public ownership of property, I hope you’ll agree this country is so much richer when someone such as my wife, who spends most days working behind a desk as an accountant, can ride through some of the most beautiful country on earth, stop above the snowline to stroll among marmots and wildflowers, and return with a magnificent photo of a bull elk. And this country is surely better off when people can drive along places such as Fort Robinson State Park’s Smiley Canyon with a good chance to view bison, pronghorn, bighorn sheep and mule deer grazing below and among the buttes and grasses. And it’s surely preferable when people can purchase hunting and fishing permits and not pay a landowner an arm and a leg to access a place to use them.

My wife’s elk photo – as well as every photo we NEBRASKAland photographers have taken of our incredible public lands and wildlife – is the result of the work of many. Without the countless people who have fought for the preservation and public access, it would be much more difficult for people to realize the wealth we have in our natural resources. Get out and enjoy those lands. After all, you own them.

The post A Birthday Tribute appeared first on NEBRASKALand Magazine. 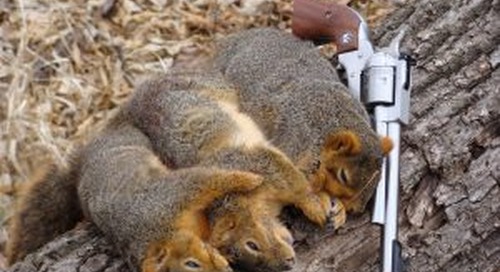 Most that know me will admit the “kid” has never left me.   My wife would likely agree with that and then s... 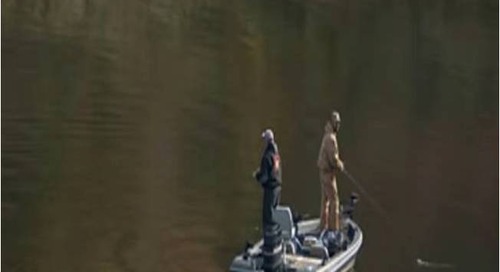 Shut Up and Fish!

I was looking at The Walleye Guys e-letter this week and discovered a new song.  I kind of like it: Pretty ...