LINCOLN, Neb. – Contributors to Lincoln’s 2020 City Nature Challenge entered 1,675 observations of wildlife and plants, of which 508 individual species were identified, in the iNaturalist project over four days this spring.

Lincoln and Lancaster County, for the first time, joined 243 other cities for the City Nature Challenge, a global event to observe and record all signs of nature and wildlife.

In response to the COVID-19 health crisis, participants completed the challenge online this year. The City Nature Challenge became a way to connect and engage others with nature while practicing safe distancing. Many of the observations were made from windows, yards, local parks, and other natural areas.

Photos and results from the 2020 Lincoln City Nature Challenge are available online at inaturalist.org/projects/city-nature-challenge-2020-lincoln-ne.

The Natural History Museum of Los Angeles County and the California Academy of Sciences developed the worldwide program in 2016. 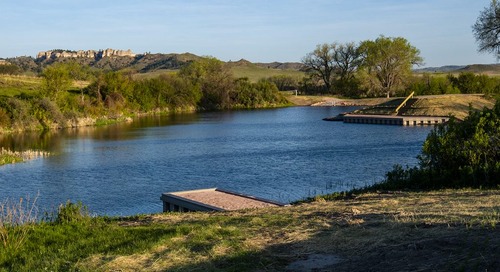 CRAWFORD, Neb. – Northwest Nebraska has regained a few fishing spots this spring. Construction has been com...